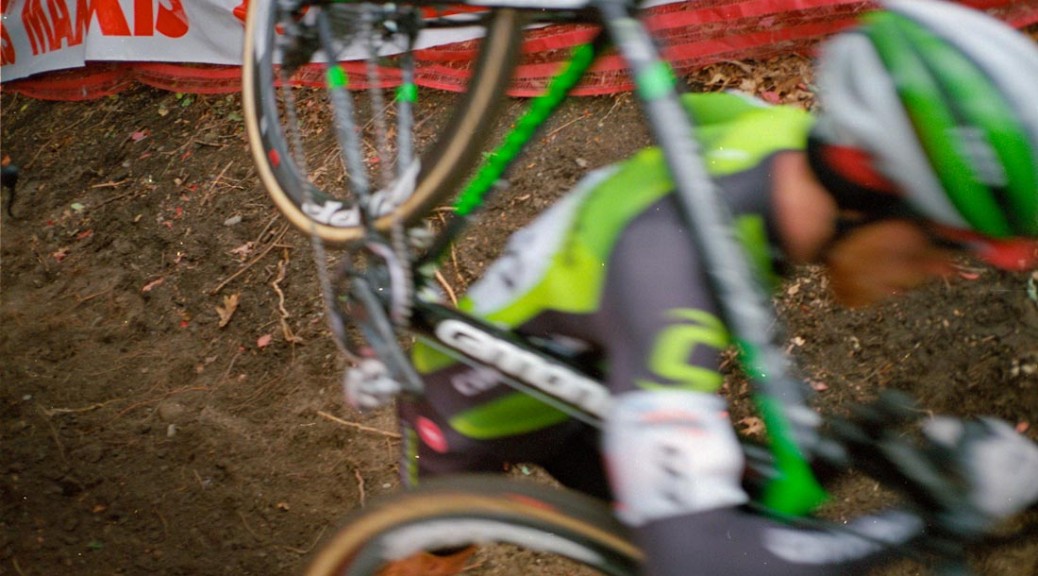 The first weekend in October brings the beginning of fall weather and one of the best cyclocross races of the year: Providence. The course proves to be one of the best year after year, using the unique landscape of the park to their advantage with many technical features, elevation changes, and flyovers.

The race is set in beautiful Roger Williams Park. The expansive park has many beautiful architectural features such as a hall of music, a botanic garden, and more. 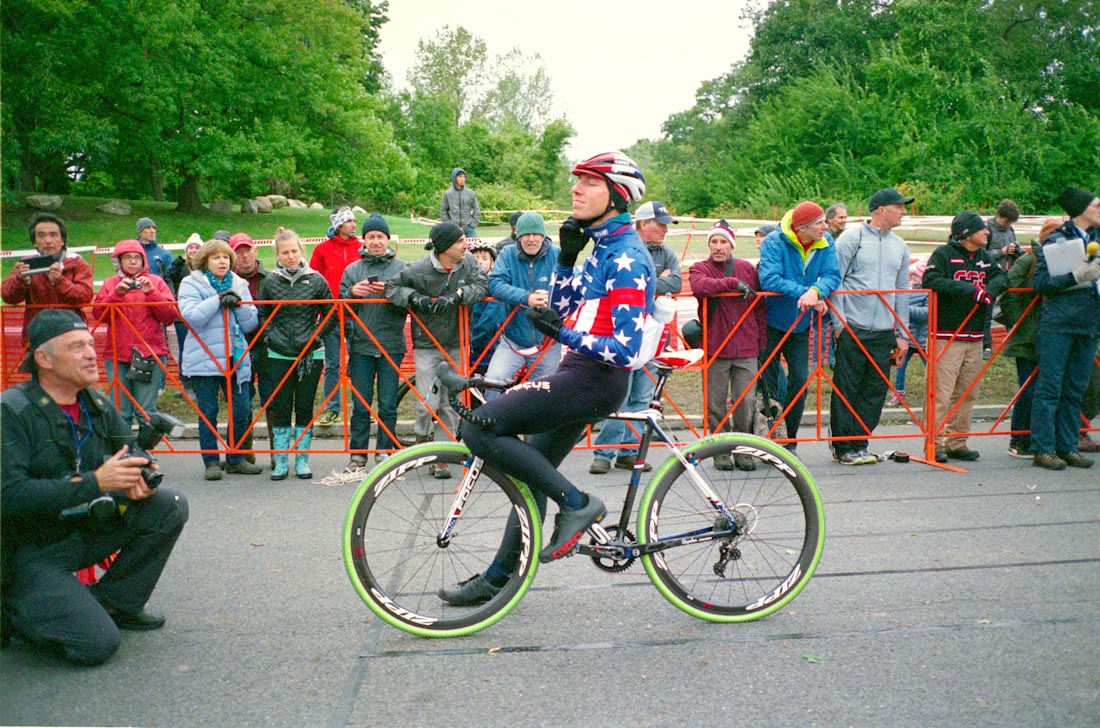 Jeremy Powers lines up for the start of the Mens Elite race. Spectators swoon at the stars and stripes of his national jersey.

My money was on Stephen Hyde – I told him this as he lined up for the start of the mens elite race next to Jeremy Powers. 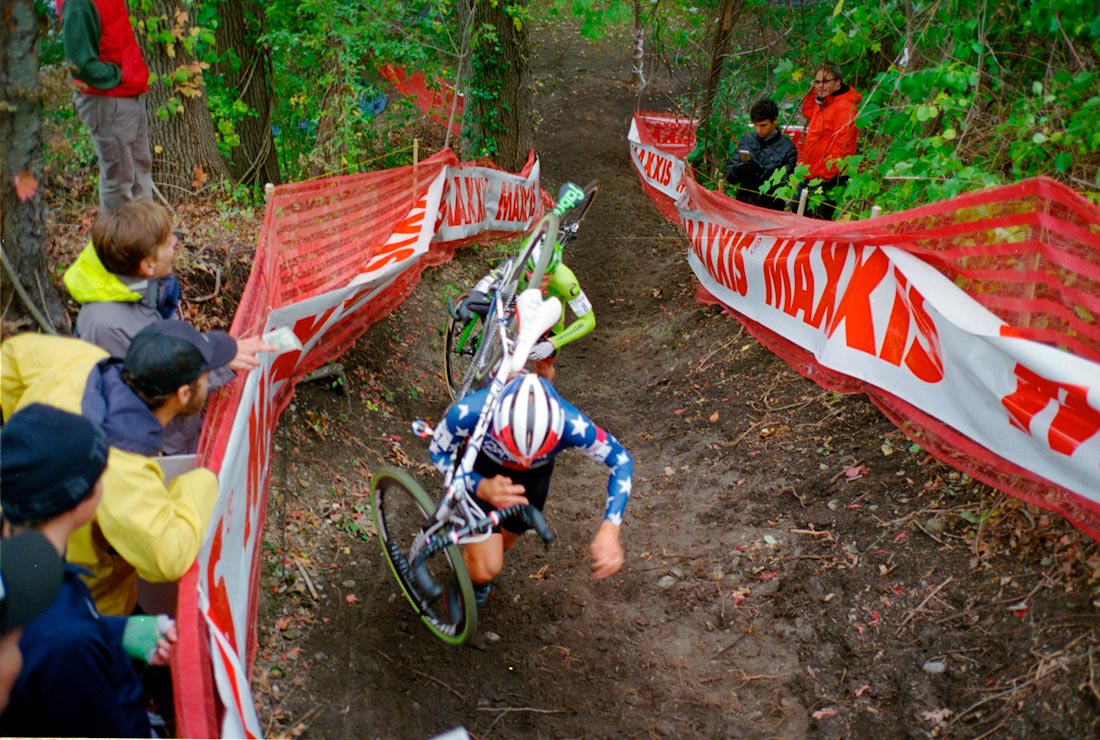 There was a steep run-up feature on the back section of the course. The field was separated rapidly and a battle between Powers and Hyde ensued. 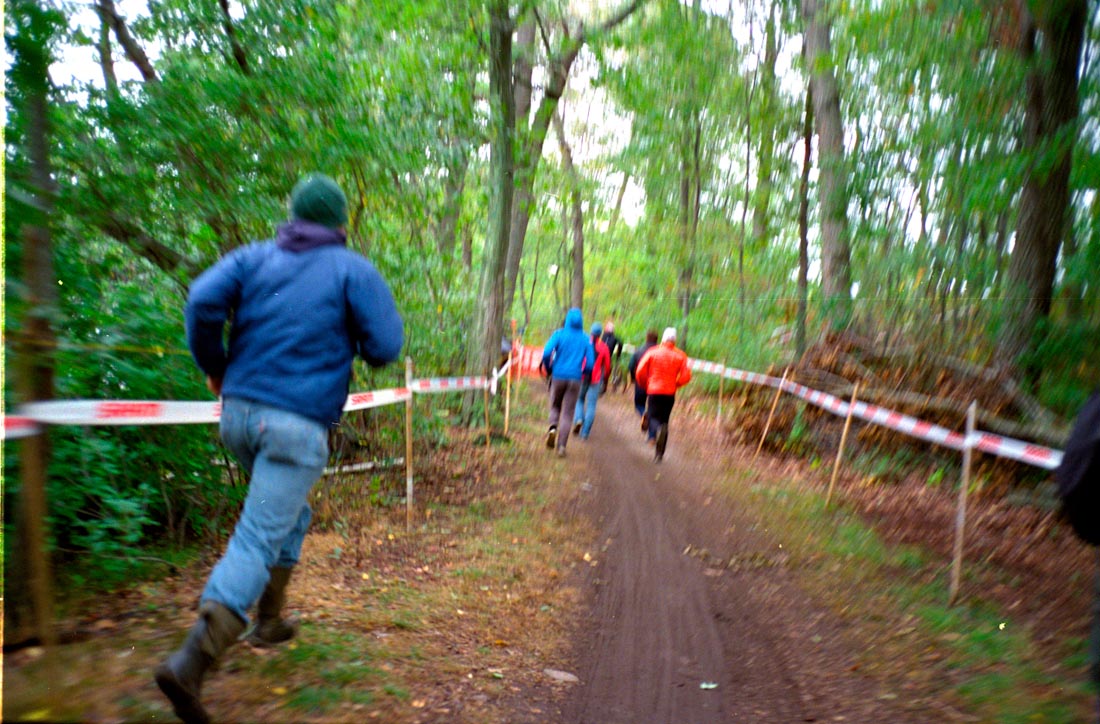 Spectators were sprinting between sections of the course to not miss any part of the action. The crowds at the larger races are devoted fans of the sport.

The No. 22 Broken Arrow. The No. 22 Cyclocross Team made an appearance at the races over the Weekend. 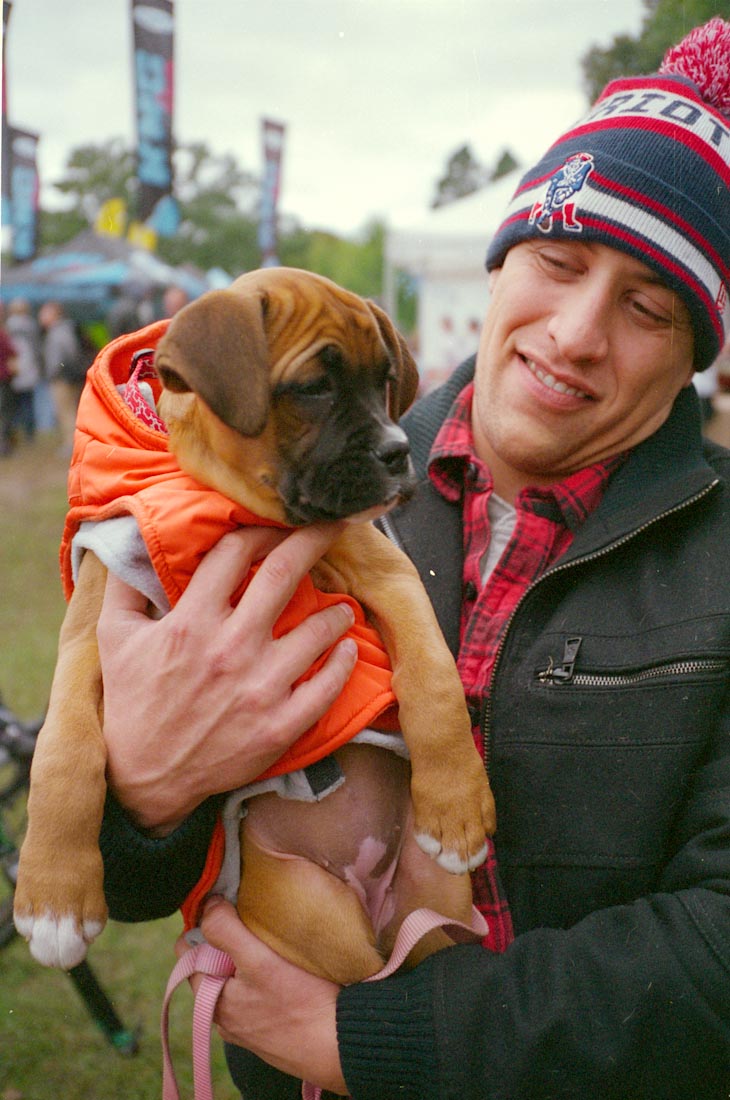 They say dogs look a lot like their owners. Check out the Gallery Below for more photos from the weekend. 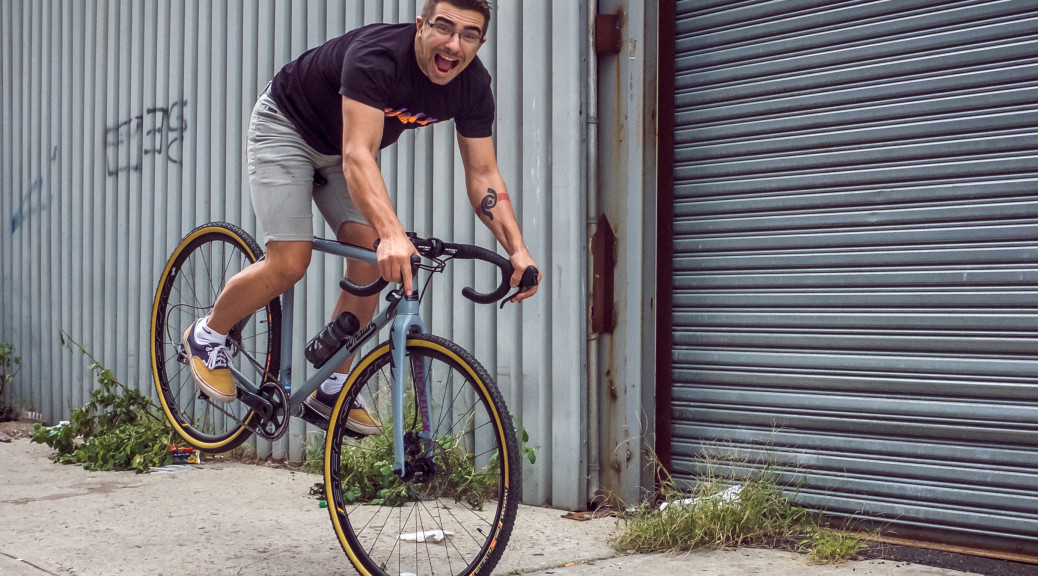 It didn’t take long for the guys at Deluxe to convince Jesse to buy this bike.  Built with the Sram CX1 group this Wraith Paycheck is ready for some trails and races. Being one of the last Igleheart built Wraiths makes it extra special. A Whisky bottle cage to match the painted Whisky fork for style points and the first set of Deluxe disc hubs laced to HED Belgium+ hoops will make for unparalleled cornering.