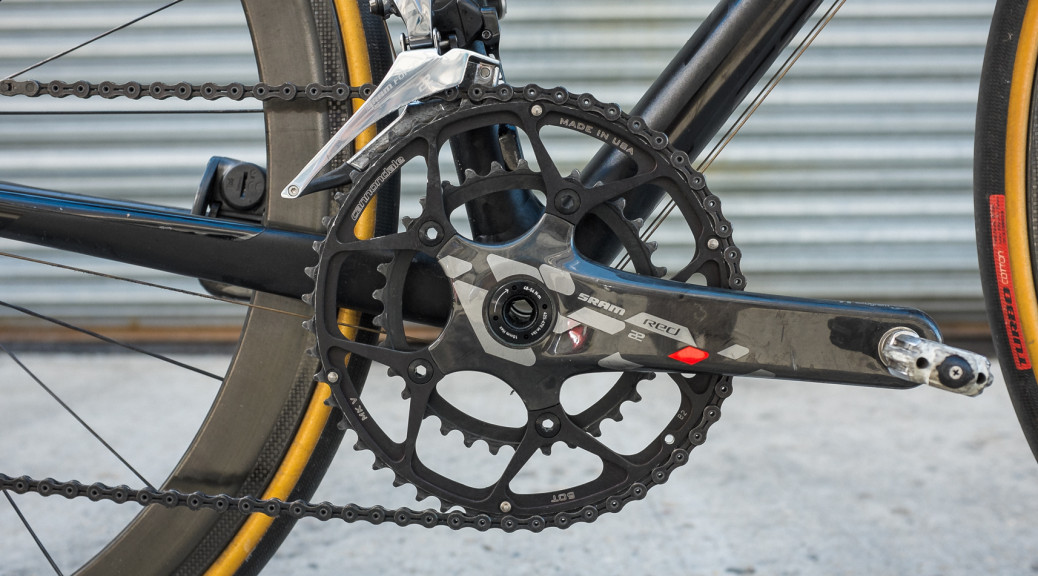 Tijon’s first road bike, a true marvel of aluminum bikes. Weighing in under 15 pounds (yes that’s ‘too low’ for UCI racing) this build draws in a lot of confused looks. With a full Enve cockpit, reynolds assault wheels, and S Works turbo tires there’s no wonder this bike screams speed. Built with a mix of Sram RED, Force, and Far Near brake callipers it’s easy to tell Tijon build this exactly how he wanted. 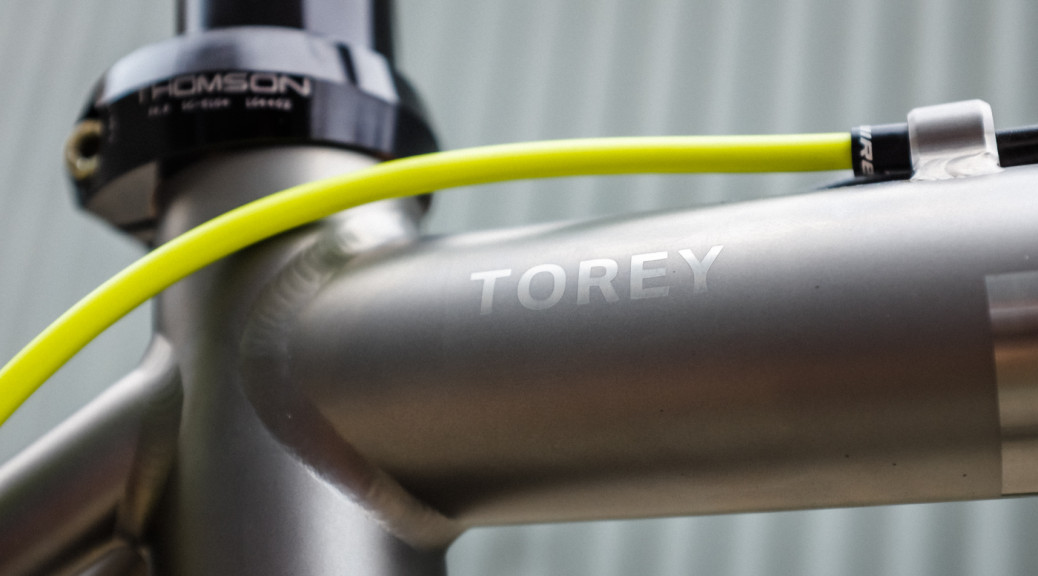 If you don’t know Torey, this bike is a bit of a clue as to who he is. Check out this No. 22 Broken Arrow  built beautifully and personally with a Thomson cockpit and Salsa off-road drop bars, Sram CX1 brakes and derailers and Praxis Turn cranks! Given Torey’s talents in fixed gear freestyle we’re expecting this bike will see a lot of fun rides off-road.

Peep this video of Torey ripping it on fixed gear free style!

Handbuilt solely for the purpose of beating the hour record at the Mexico City velodrome, this landshark screams speed. Hand painted frame and matching rear HED disc wheel with Wilis’ own HED trispoke make for a beautiful, concordant set up. Cinelli stem and LA84 bars for pursuit track racing wrapped with custom tape for aesthetics build on the bikes flavor. Adding in a Campy crankset with a 60t Sugino chainring and handpainted chain make the bike a truly stunning machine. 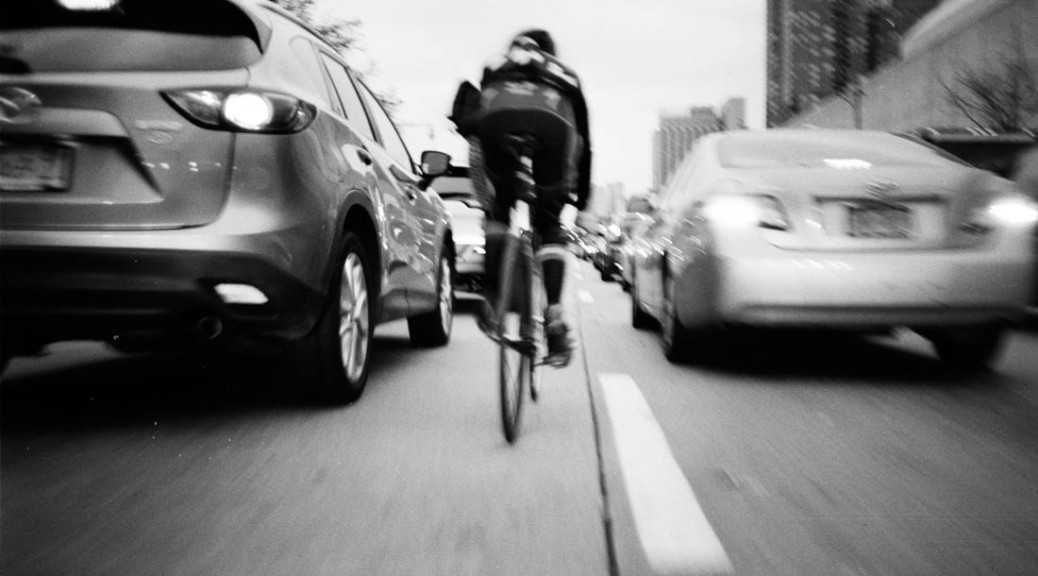 Earlier this year marked 10 years of MASH SF. They’ve been on World Tour for the new film, showing premieres, and hosting alleycat races and messenger games in cities across the world.

The day before the premiere, an art show was held at Deluxe Cycles. 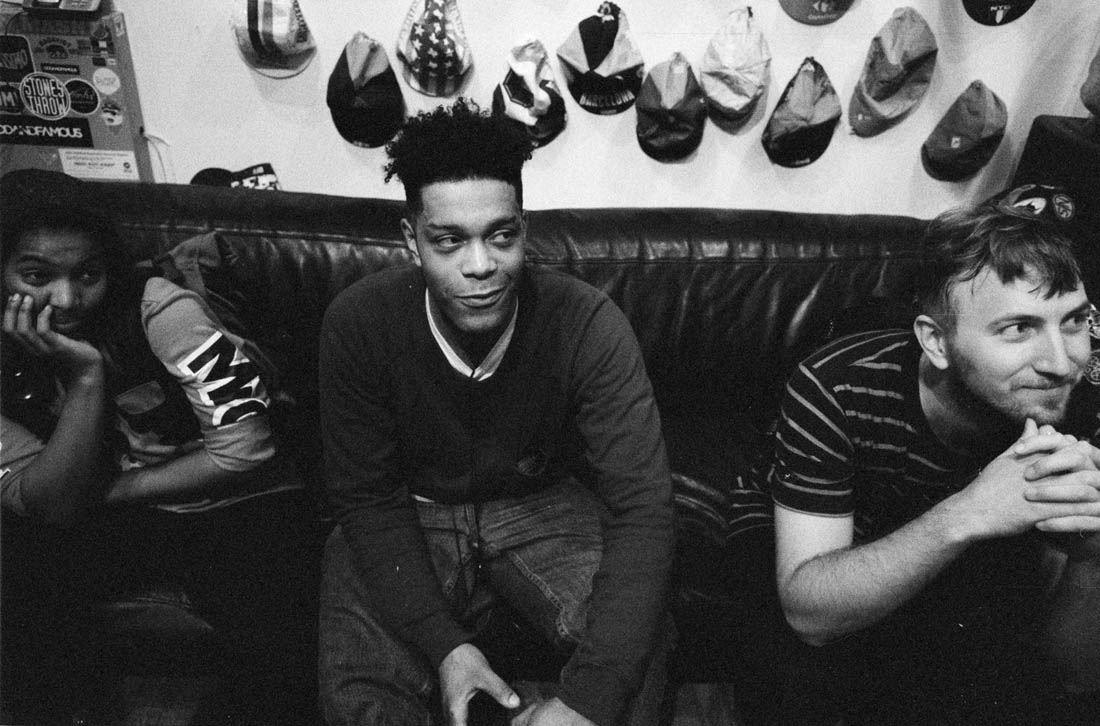 Stoned Tone came out of a long hiatus of promoting racing to throw an old-school New York style alleycat race. Here he is at Deluxe looking like a young Basquiat 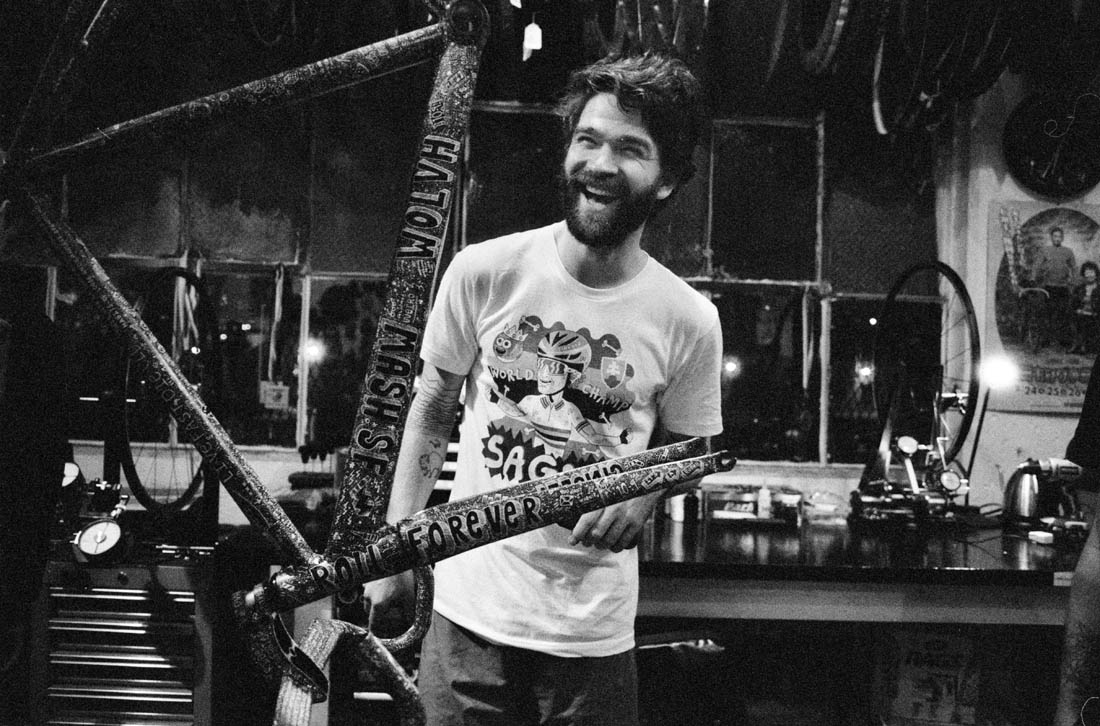 After the art show, messenger games were held under the BQE – just like they were almost 10 years ago. Skids, Footdown, Trackstands. 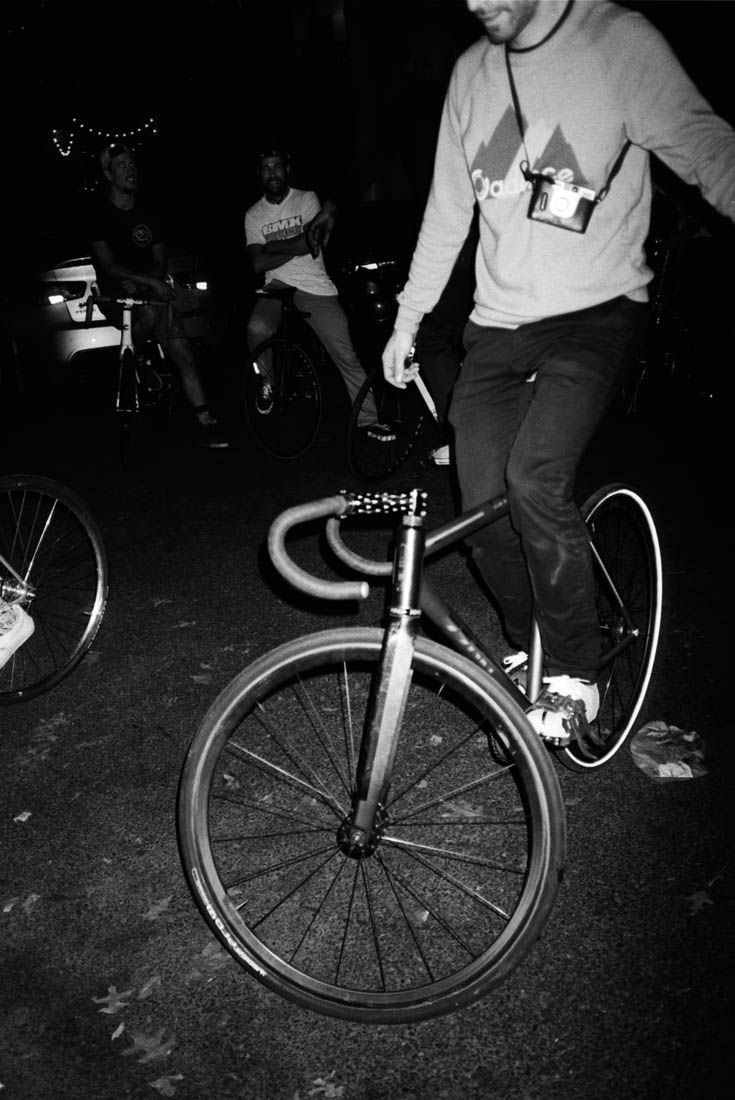 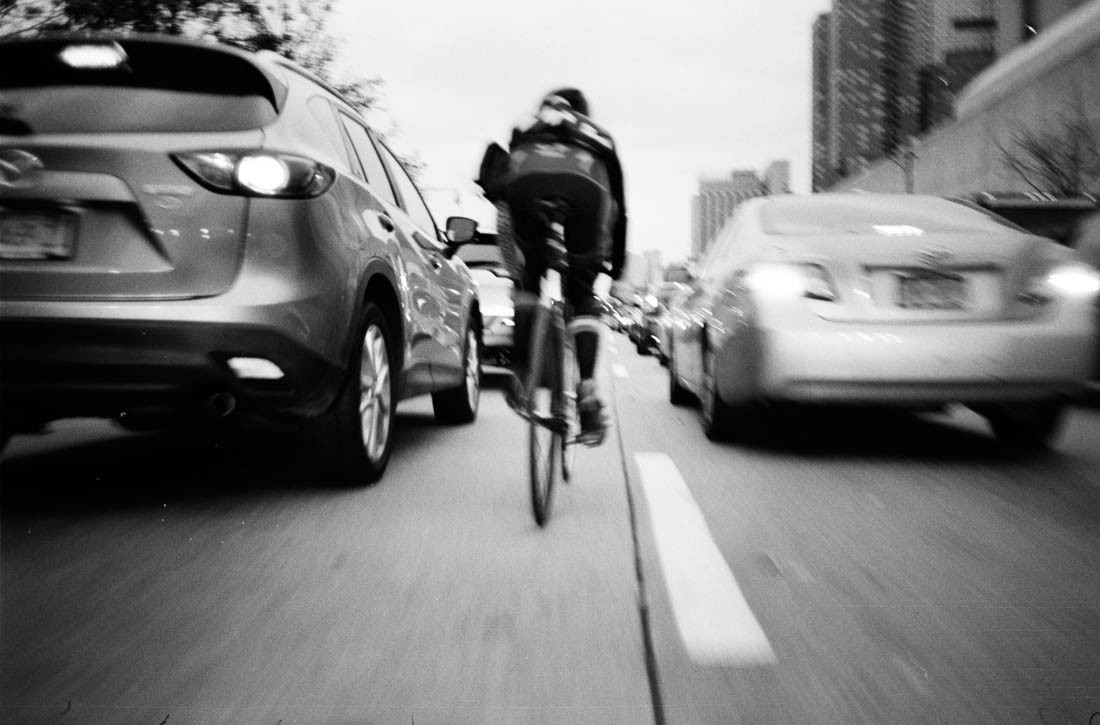 Jorge on the West Side Highway during the alleycat race 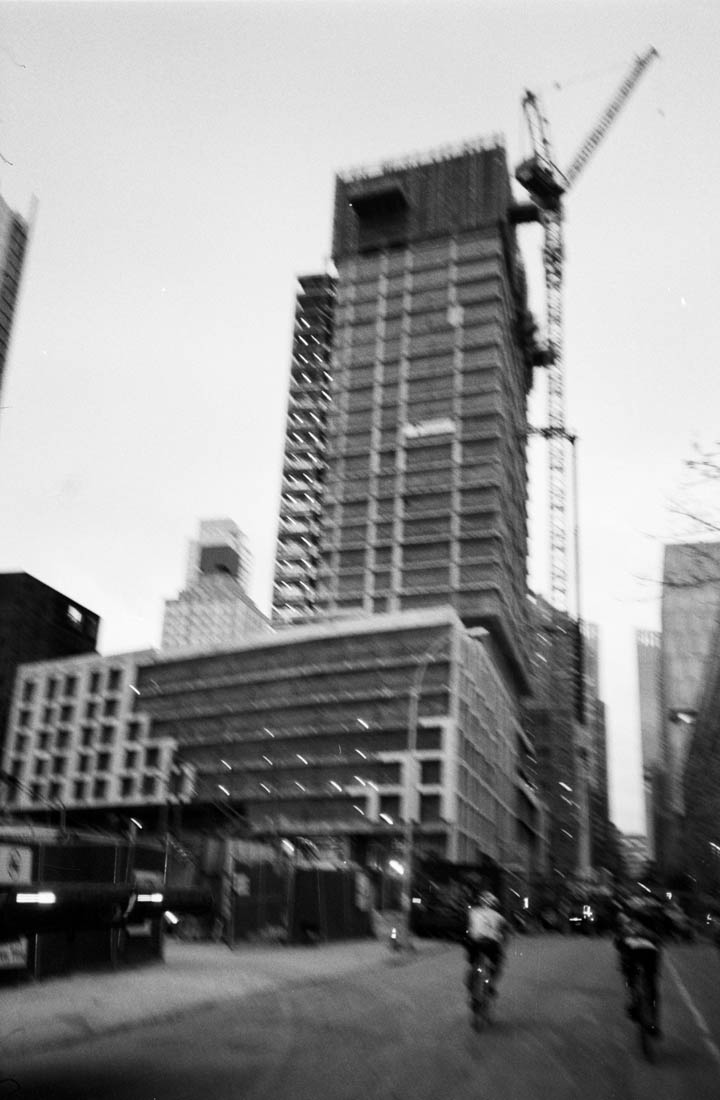 During an alleycat race, there are no rules, and anything can happen. Racers speed down a closed street with a tower crane and construction workers blocking the way. Naturally, racers went under the crane and didnt skip a beat.

Chas on the Queensboro Bridge Roadway 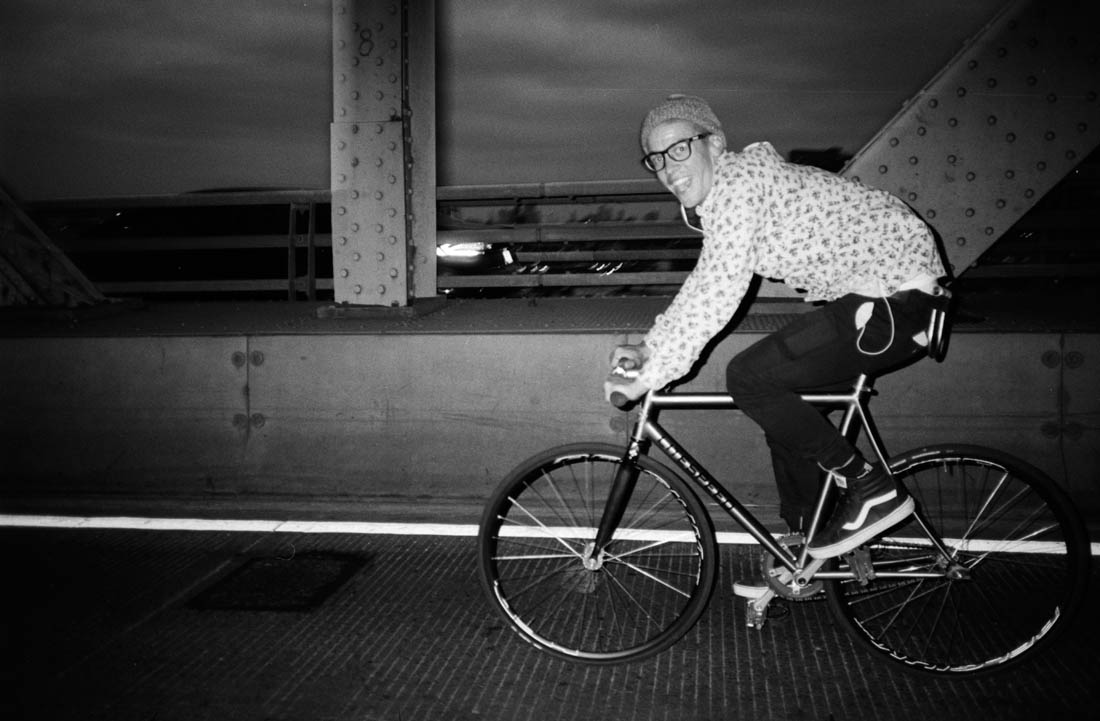 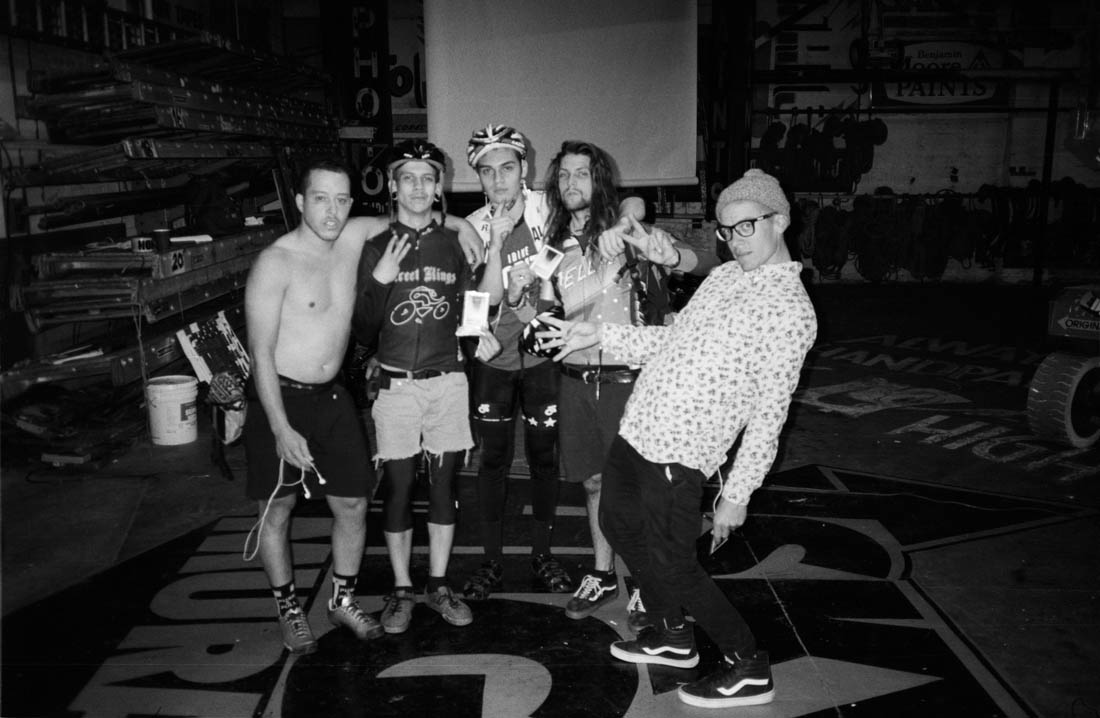 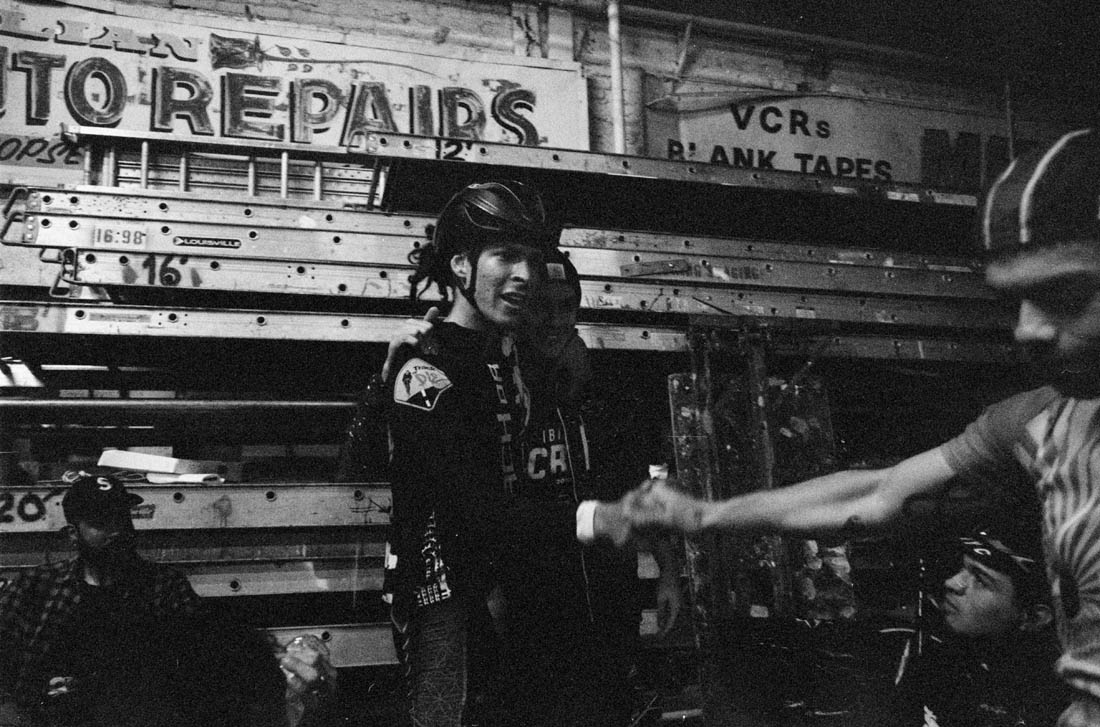 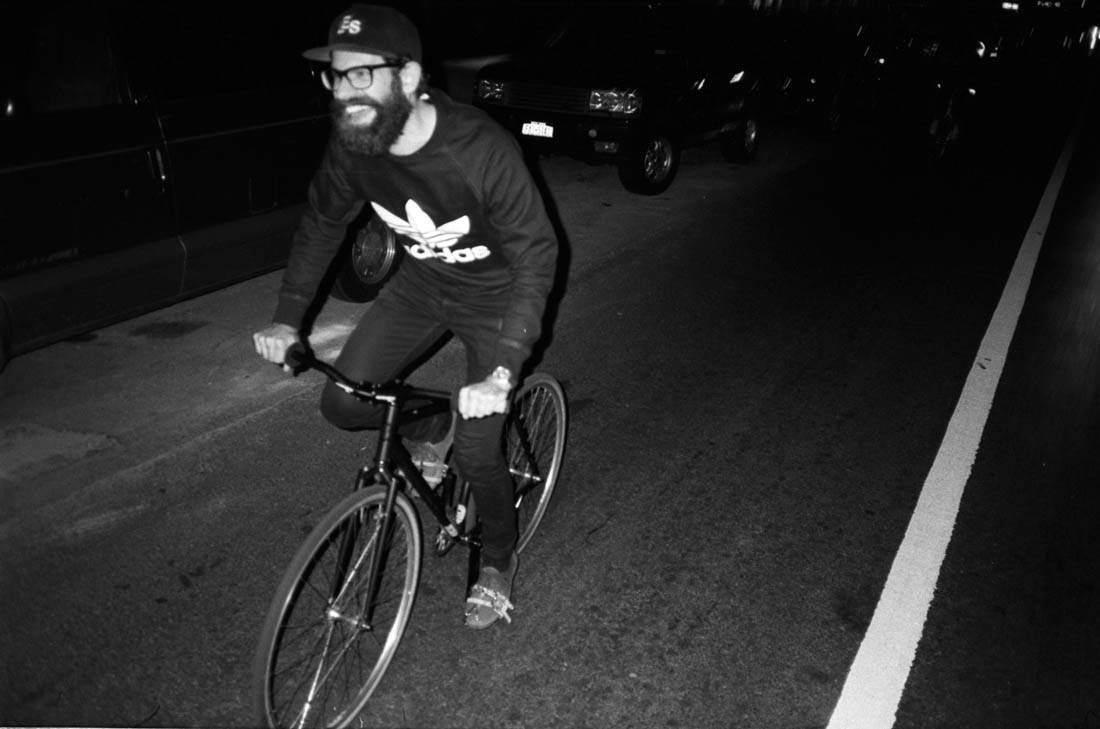 Party Time after the premiere! 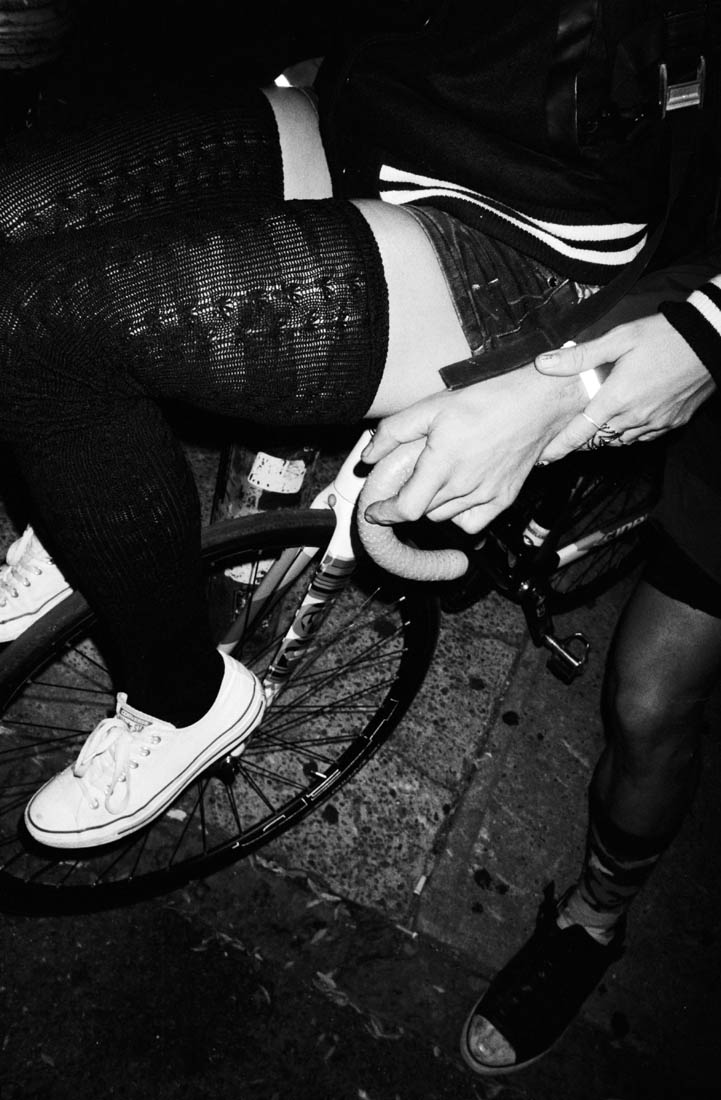 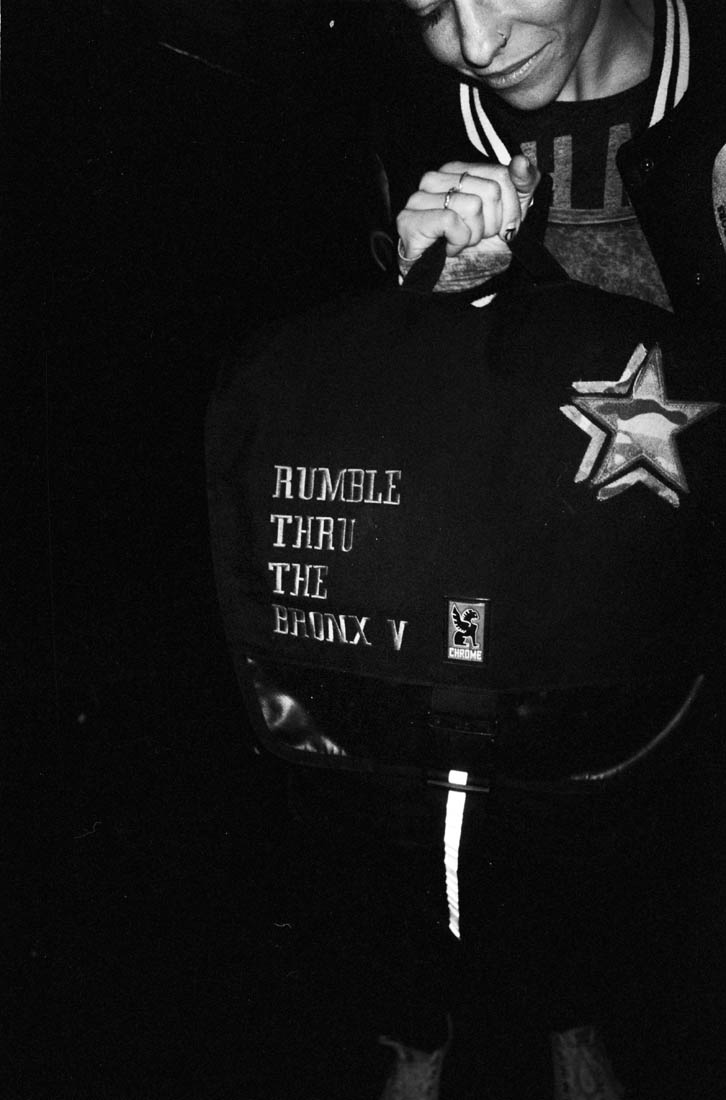 Kym with an old-school Rumble Thru the Bronx Prize Bag 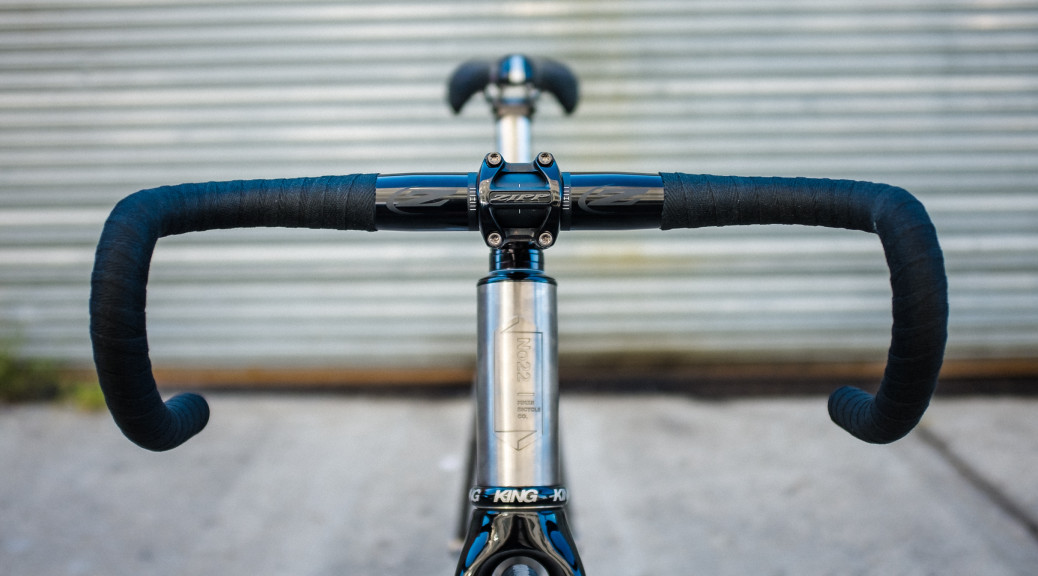 Hannah recently got her hands on a brand new No. 22 Little Wing! Just in time for RHC Milan. With her signature Diva saddle given to her by her mom, this bike is definitely Hannah’s! A Zip cockpit choice derived from the fit Brian gave her here at the shop makes for outstanding comfort and speed. If you see her on the streets or at the park, say hey! 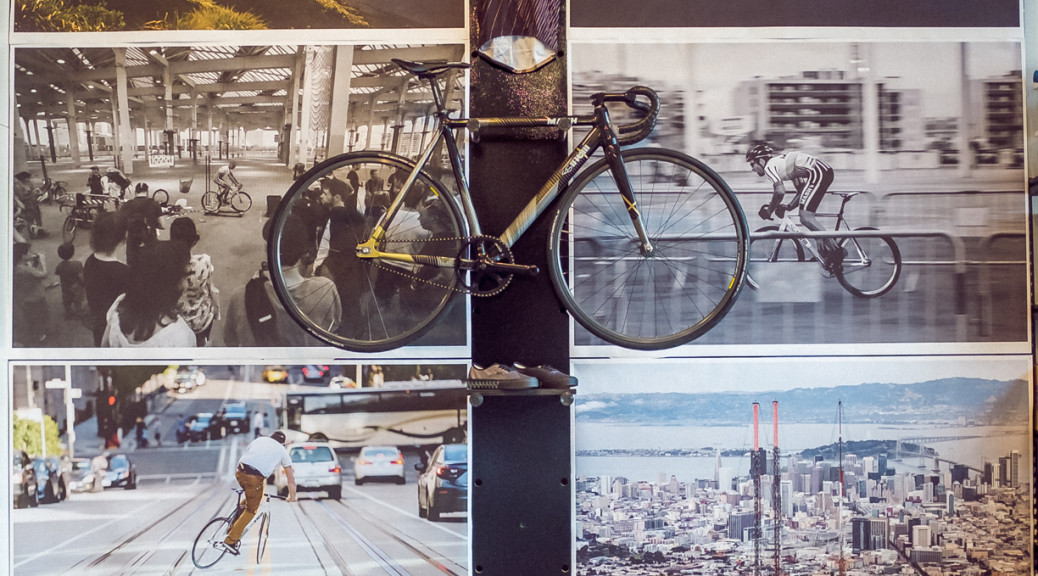 We recently had the privilege of showcasing an art show for our friends from Mash SF in honor of their 10 year anniversary. To make the space art-friendly we had Will from Van Zee Sign Co. come in and paint the bike wall to install our logo as well as Mash’s. We took down the other wall to display the stunning photography and 10 year bike, as well as having Chas’ hand painted Cinelli Vigorelli frameset in a work stand for show. We hosted an open house that weekend, had a great time and got to meet a lot of really cool people. Thanks to everyone who came out!

Later that night after the open house we all headed over to the old peel sessions spot and enjoyed some mess games under the BQE. There was a foot-down, lock pickup, longest trackstand, and longest skid competition.

The following day was the Mash alleycat and movie premiere! The alleycat consisted of 6 checkpoints throughout Manhattan, Queens, and Brooklyn spanning around 20-25 miles total. The finish of the race was at Sky High where we had the premiere. We had two showings back to back at 7pm and 9pm. Here’s a shot from under the screen I snagged mid-movie.

Bernard dropped by the shop last week and brought a surprise with him. He got this bike from a collector not too long ago and only had to replace the saddle and the tires while keeping the same 1920’s aesthetic. In our haste to ride the bike, we all figured the lamp was out of commision, until Bernard pulled out a box of matches with a big grin and said “Let’s light it up!”.