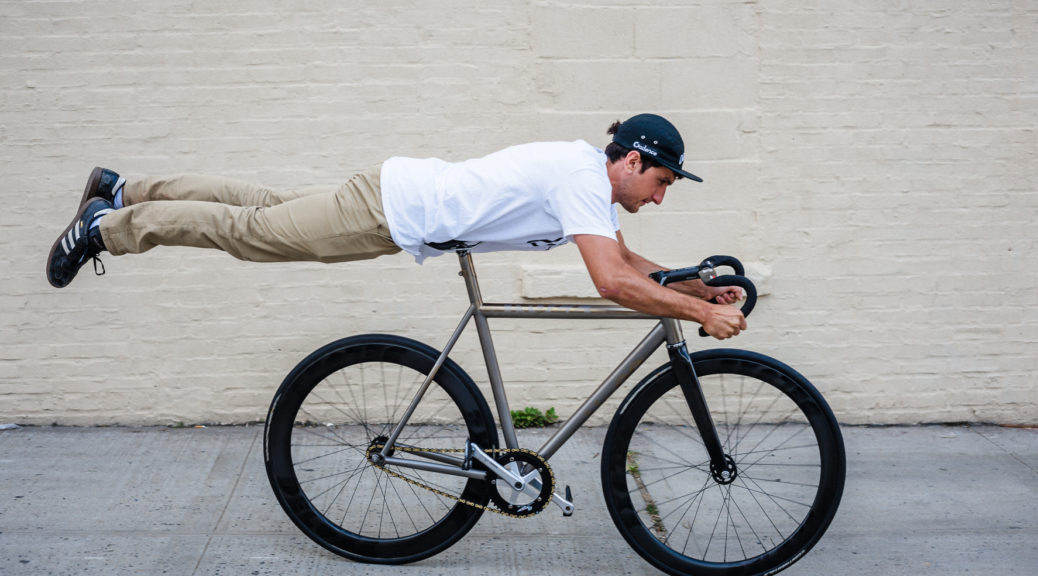 Amir just got a No.22 Little Wing and couldn’t be more stoked. Built to spec with a Sugino 75 crankset, 3T AeroNova handlebars, and Deluxe carbon track wheels. This bike is ready to hit the track! Amir’s been killing it this year at Kissena and is ready to flaunt his new race machine!

Peep the custom hits with a brass anodization and a “2C” name tag. 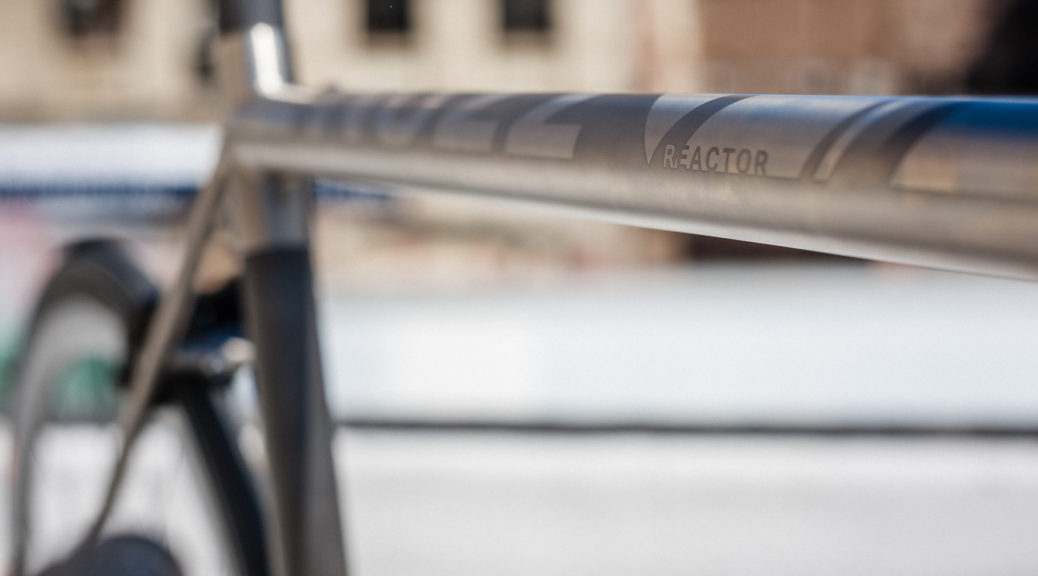 Shannon just got two new bikes! First his gravel grinding Drifter, which we featured on the blog last week, and now a No.22 Reactor set up with electronic shifting! This road bike is ready for some serious mileage, built to spec with Enve wheels and cockpit, Full Dura Ace Di2 9150.

As with all No.22s, this reactor was handmade in upstate NY by some of the finest ti craftsmen in the world. Give us a call, email, or swing by the shop if you want to check out other No.22 options! 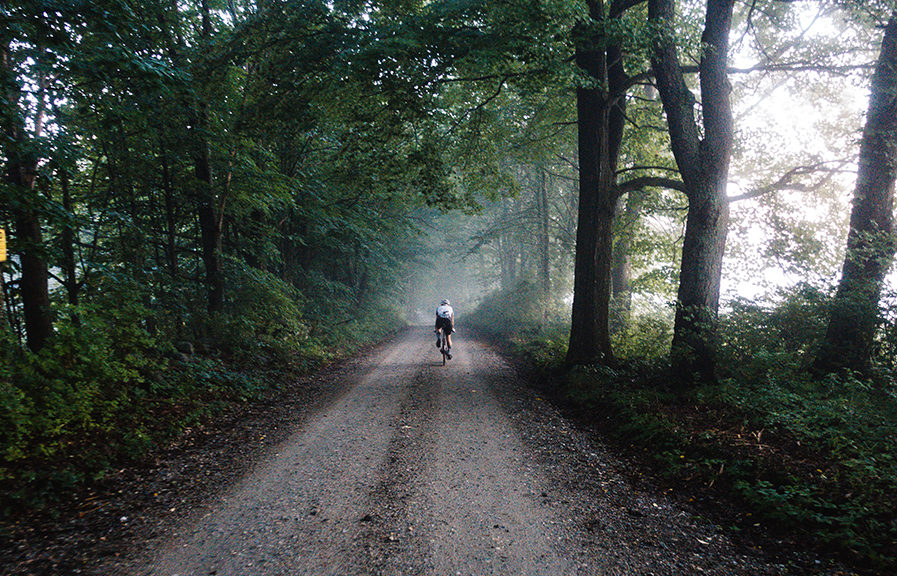 Last weekend Wilis drove out to Western Massachusetts to ride the annual D2R2 gravel event and had the pleasure of Roman, a shop friend also being there. The ride is a brutal 180 km of constant dirt, gravel, and mud with over 12,000 feet of climbing.

The day started bright and early at 5am with a heavy fog. That’s when Wilis ran into Roman and some other familiar faces at the starting point and they decided to ride together and make it a group effort.  The first half of the ride had huge descents, reaching 50mph on gravel, beautiful foggy views, and a friendly pig crossing the road! Ending after 100k with a half way point meal at the end. 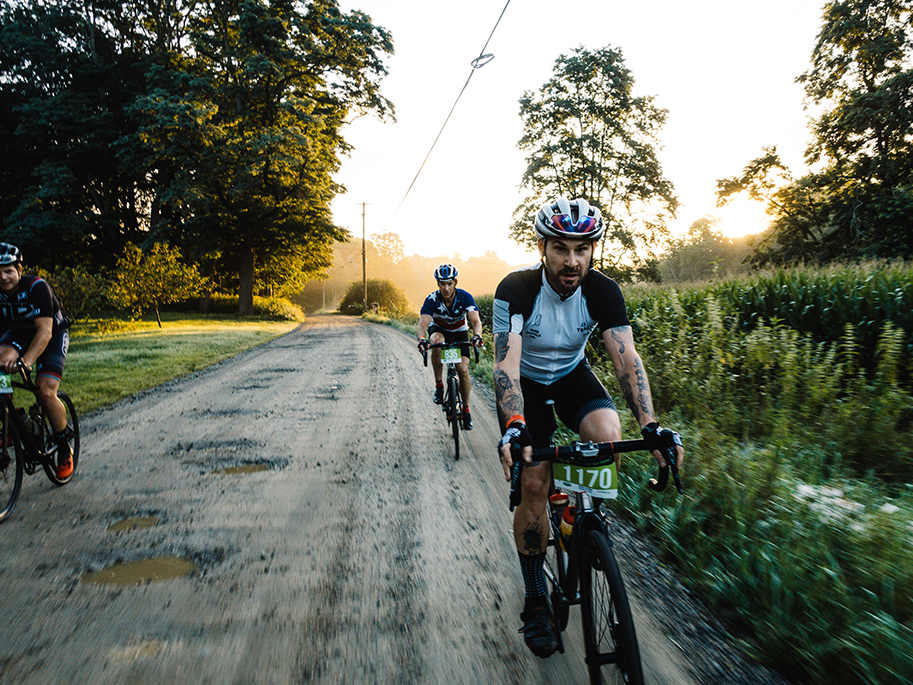 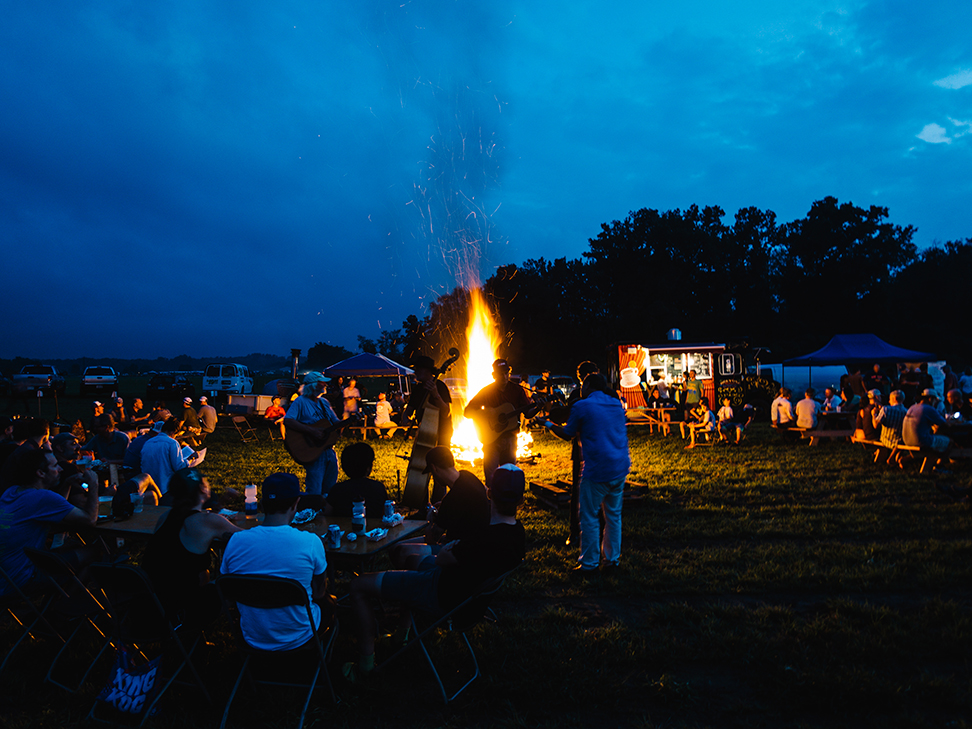 After that, Wilis ran into some unfortunate circumstances. While descending, a rock flew into his eye and scraped his cornea, making things pretty rough. After a bit of riding, Roman happened to find a local boy playing in his front yard and asked for some water for Wilis to wash his eye with.  After some more riding the pain got worse and Wilis had to find a gas station to get more water. After more brutal miles with a scratched cornea, Wilis finished the ride! 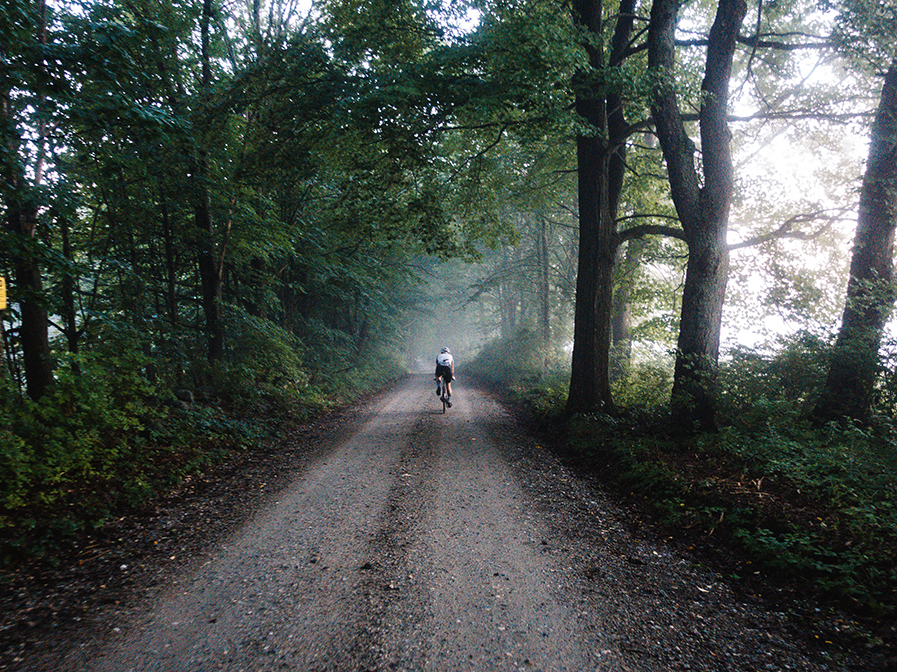 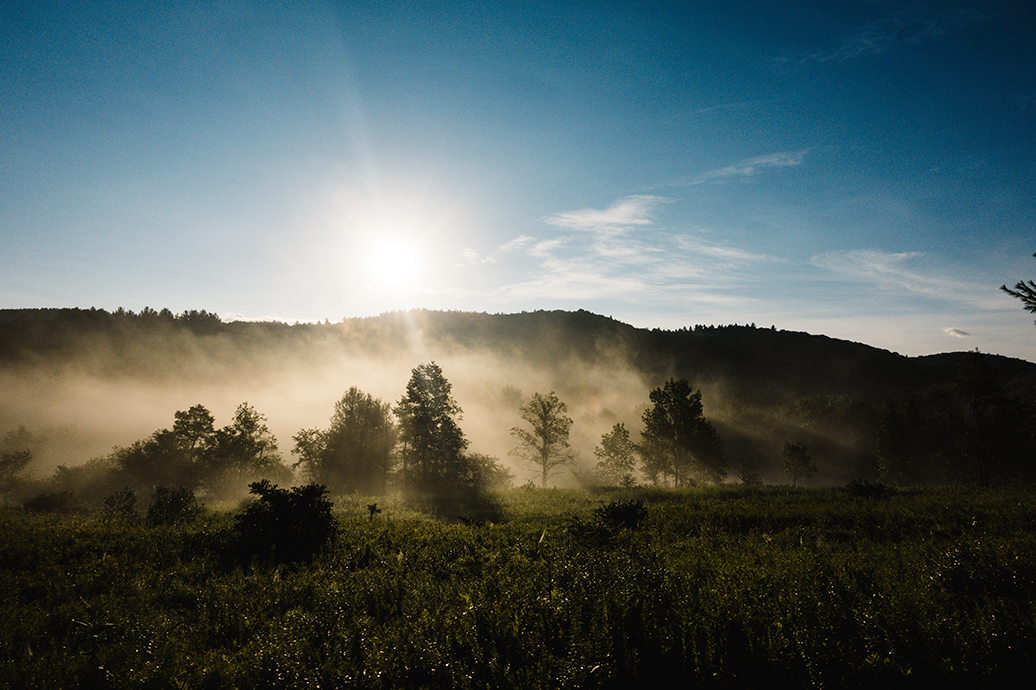 A huge thank you to Roman and everyone else that helped with Wilis’ situation. Comradery is a beautiful thing!

All photos are by Roman Siromakha and you can see his full photo set and blog post by clicking here. 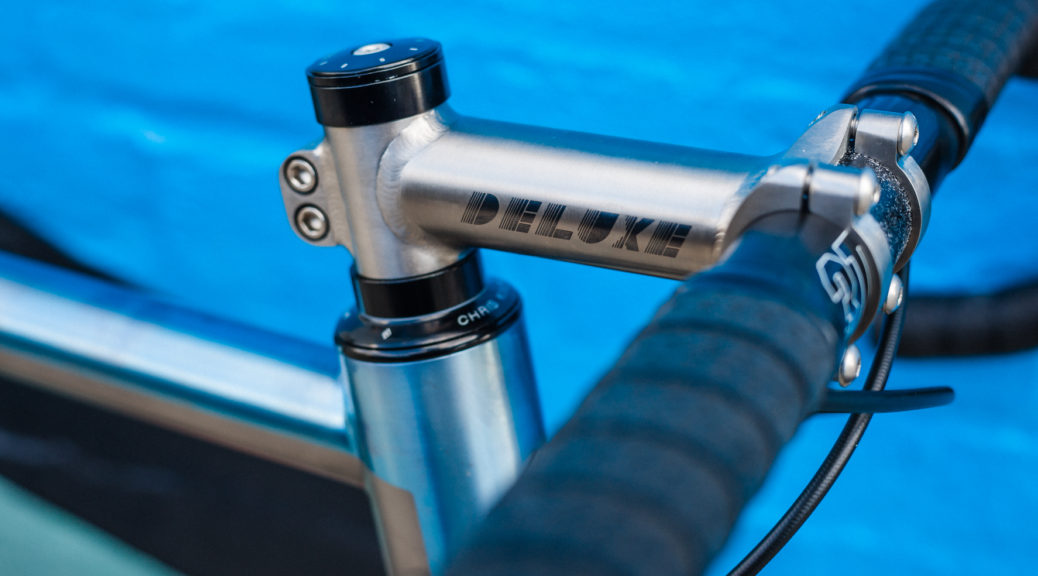 Built to spec with full Sram Red Etap, Reynolds Assault carbon clincher wheelset, 3t carbon handlebars and seatpost, and a Deluxe Ti stem to tie it all together. This drifter has a beautiful blue anodized ti rear rack and bottle cages to match the frame. All the ano work was done by No. 22 themselves!

Shannon is a good friend of Wilis’ so we’re extra stoked he’s getting this bike. The bike is ready to rip some trails! 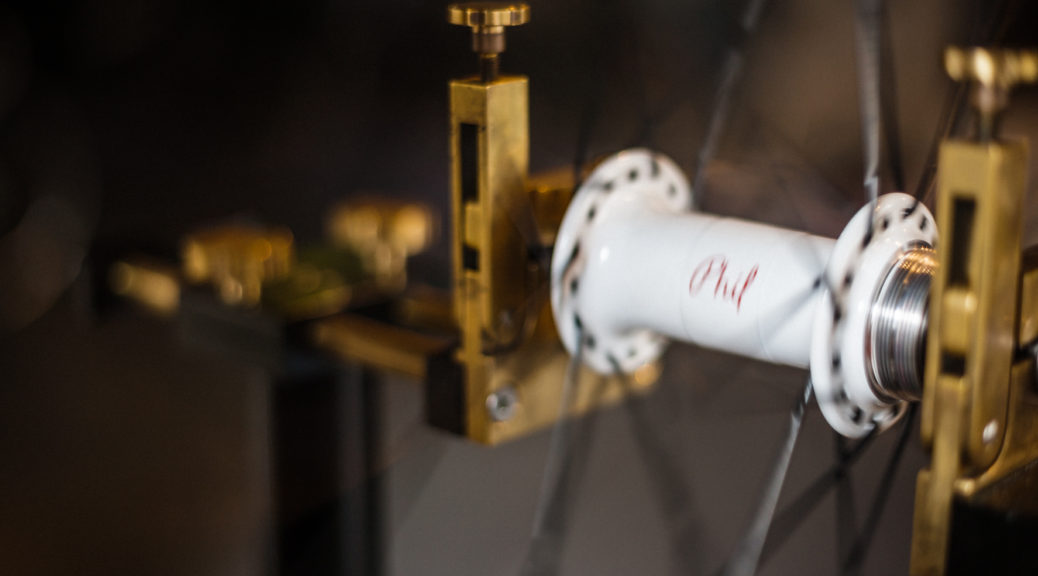 Keith is getting some beautiful white Philwood low flange track hubs built up by Tijon today. With his meticulous workflow and attention to detail every wheel Tijon builds comes out a masterpiece, and these will be no exception.

The Deluxe Cycles Racing track boys just spent the weekend up in Minnesota at the NSC Velodrome for their annual Fixed Gear Classic race event to race against the nations top track racers.

Minnesota has a very unique track with a lot of character. It’s an outdoor wooden 250m that’s been around for about 30 years. Over time some of the wood has rotted, but the community put the time and elbow grease into replacing any spent boards. The banks reach a peak of 43º and are a total blast to race on.

Mark and BJ took part in the Sprint events, while Jesse raced in the endurance omnium. Mark took 3rd in the match sprints and BJ snagged 6th overall in the Keirins after winning his qualifier. Jesse didn’t place well in his events, but took second in the backward Longest Lap after nearly crashing out into another rider. The racing was extremely high level, and an honor to be a part of. The Endurance omnium filled up to the tracks max capacity of 24 in nearly every race and had multiple huge breaks, defensive chasing, and lots of high caliber tactics. Here are some fun photos from the racing!

People came from all over to be part of it all including San Fransisco, Indiana, and BC Canada! It was a great time getting to make new friends from all over; it really felt like bike racing sleep away camp.

We’d like to really thank Bob, Linsey, and everyone else from the NSC Velodrome for everything they did for our riders to help them come and race which including helping financially, picking up and dropping off to and from the airport, and providing dorm rooms just 20 meters from the track! Truly an impressive program you guys run and we couldn’t be more humbled to be a part of it. 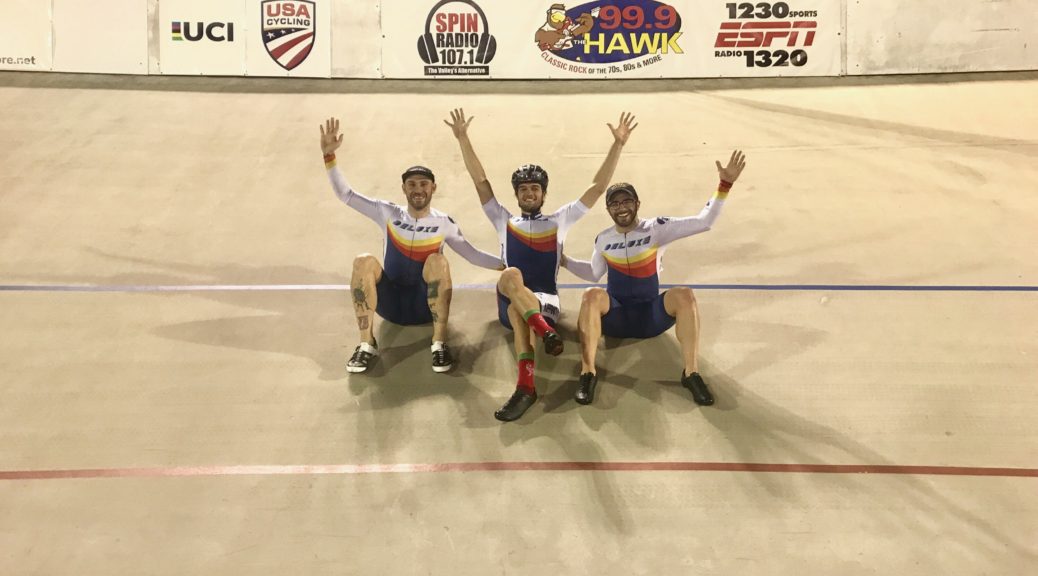 We just picked up a new team member for the Track squad! Nick Baker is a dedicated track racer who moved to Emmaus to pursue his love for track racing. Nick recently upgraded to Category 2 racing and has been hanging in with the pro field at T-Town!

We’re beyond stoked to have such a devoted, friendly, helpful, and solid addition to the team. We look forward to next season with you, Nick! 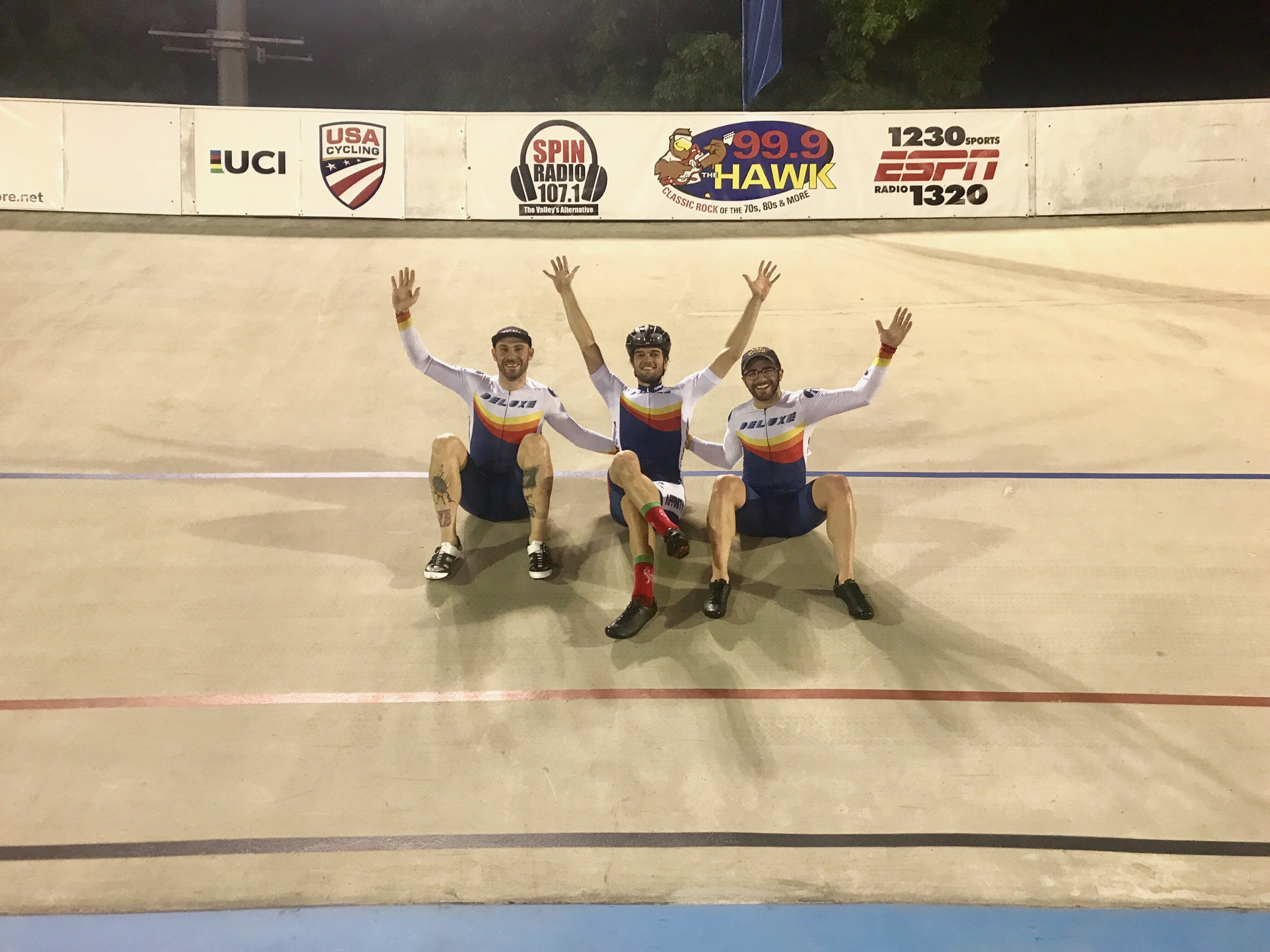