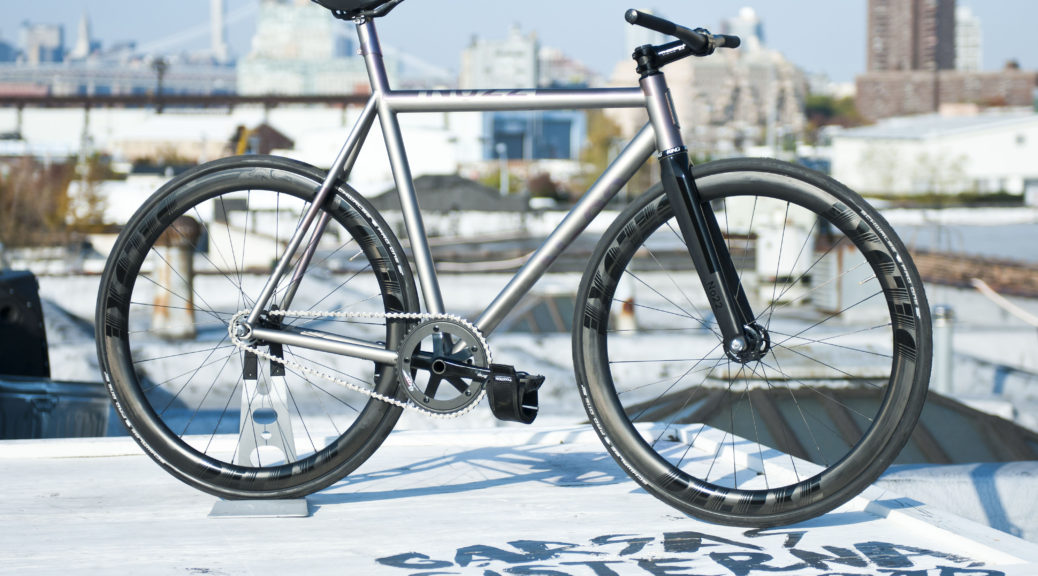 Mike from Chop Chop Courier had his mind on the No.22 Little Wing for awhile. He had some question about the fit which was not an issue at all, Wilis gave him a proper bike fit. Afterward we contacted No.22 for a size 54 Little Wing and they had a pink one ready to ship. Once we got the frameset we build it with 45 deep Deluxe carbon wheelset laced to our hub, Sugino 75 cranks with a black 47T Zen chainring, Thomson Trail MTB flat bars, and Fizik Antares VS saddle. He is ready for the streets of New York!!! 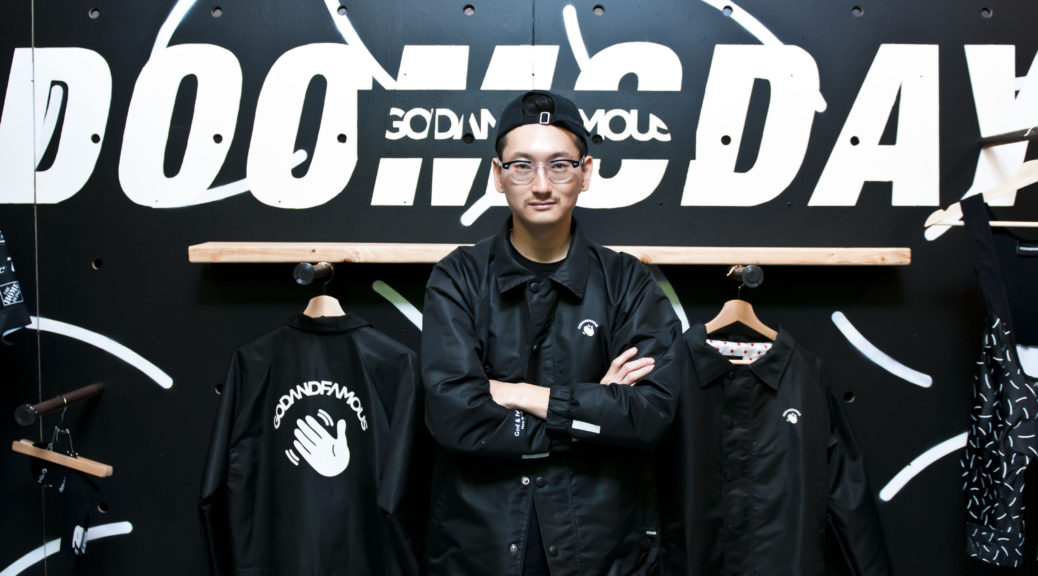 The idea and inspiration for the “Doomsday kit” surrounds the by the God and Famous’ theme; Pain. In one particular incident was when Kenny was side swiped by a truck during a road ride to Philly and was completely taken out. He suffered serious contusions and fractured his collar bone. If you look closer at the top left on the jersey you will see two lines representing the broken collar bone.

The “Idiocracy Jersey” was made to start conversations, it is an anti-trump jersey. With elections so close we should really see how we can really make America great again. This jersey is consists of the nostalgic 90’s icons, and are all a nod to when America was great. A portion of the sale will be donated to the Democratic National Committee to ensure Idiocracy remains a fictional film and to un-support Donald Trump.

During the event we had our mechanic “Sweet Honey Baby Tijon” wrapping the newly released Doomsday theme ash to ash bartape. Over all this was a very successful event looking forward to work with you again!!

On October 28, 2016, God and Famous held an event with us “Doomsday.” He released a few things a Doomsday Kit, an Idiocracy  jersey, bartape, and a “L8R” jacket and socks. 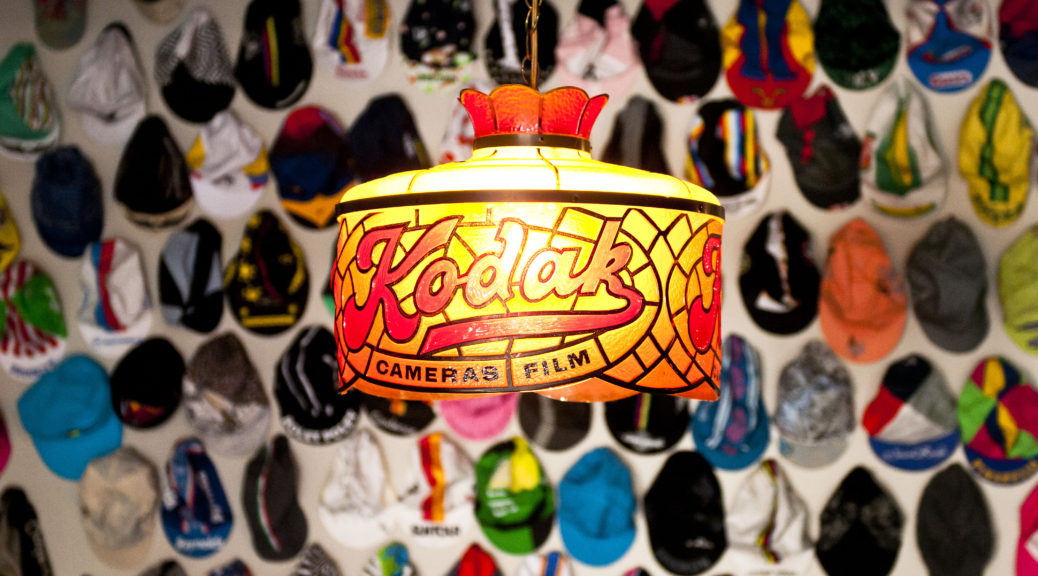 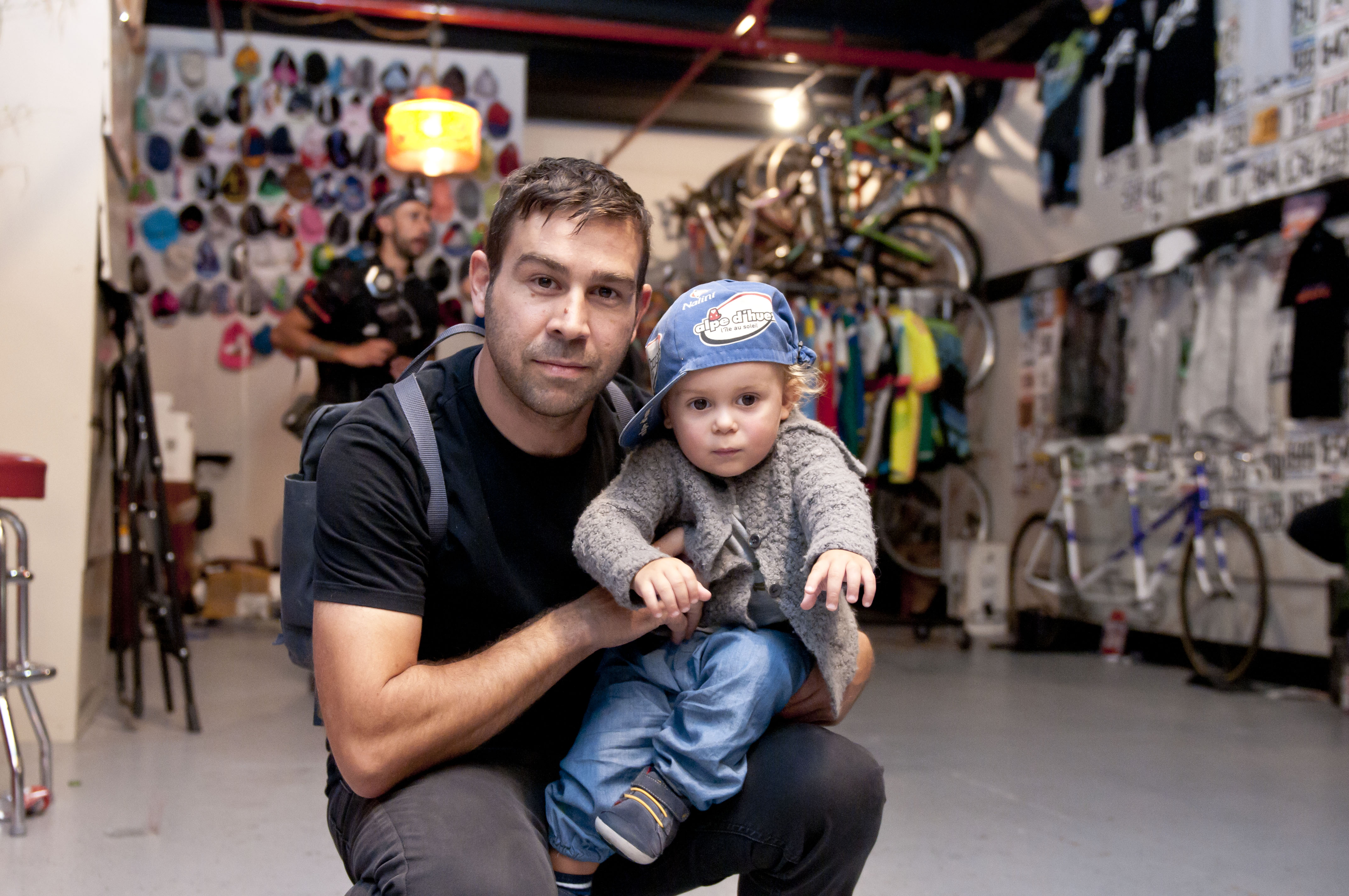 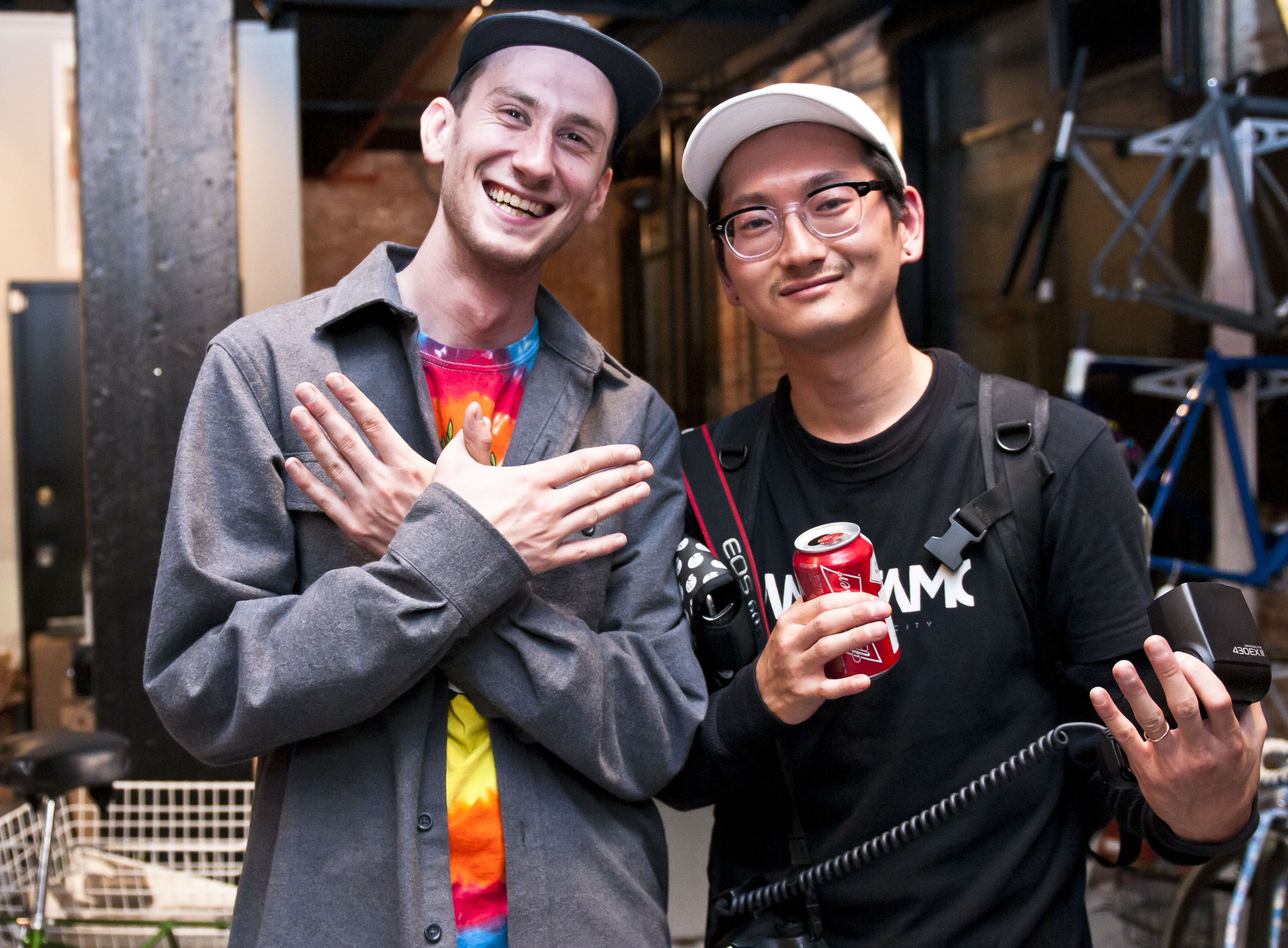 The North American Cycle Courier Championship, (NACCC) is an intense messenger race of a work simulation course. The course involves knowing your streets, speed, package control, and on the side events they skids, sprints, track stands, and etc. We were honored to hold part of the event here at Deluxe Cycles, we had art work hung and photos that was taken from the past years on display and reminiscing past memories. 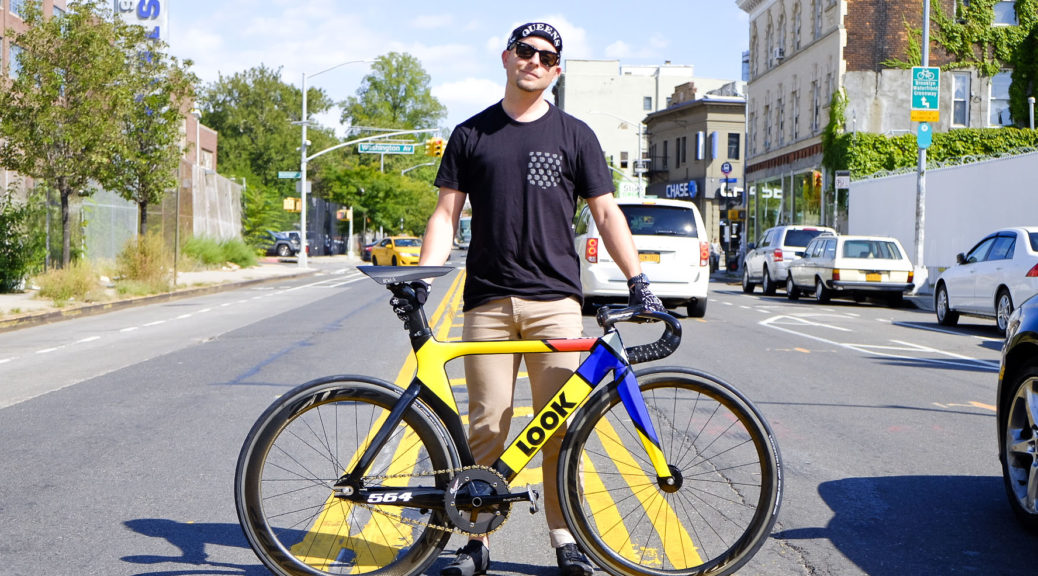 Look has been on the market since 1984 introducing the clipless pedals then the first carbon frame in 1986 and then in 1991 the first monobloc track bike was made. Since then they have been perfecting aerodynamic and using high modulus “high-end” carbon to improve stiffness and lightness.
Shawn came to us last week to have his LOOK 564 build. The build consisted of ZIPP 404 rear and Zipp 303 front laced to Philwood hubs, ZIPP sprint stem, and Fizik Volta R3 saddle. At every angle this frame carry out its history of cycling, it is a classic and a race machine. 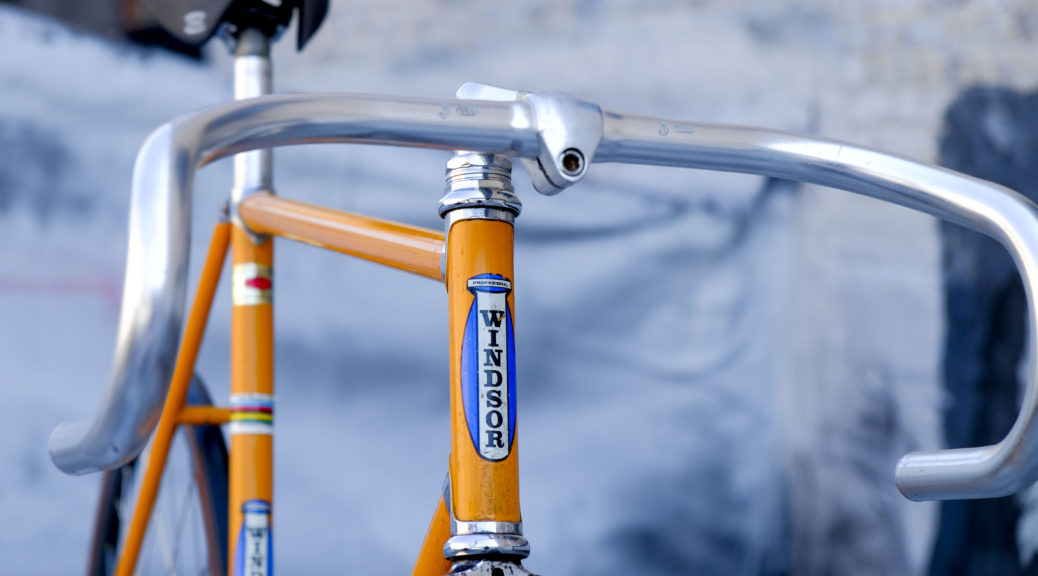 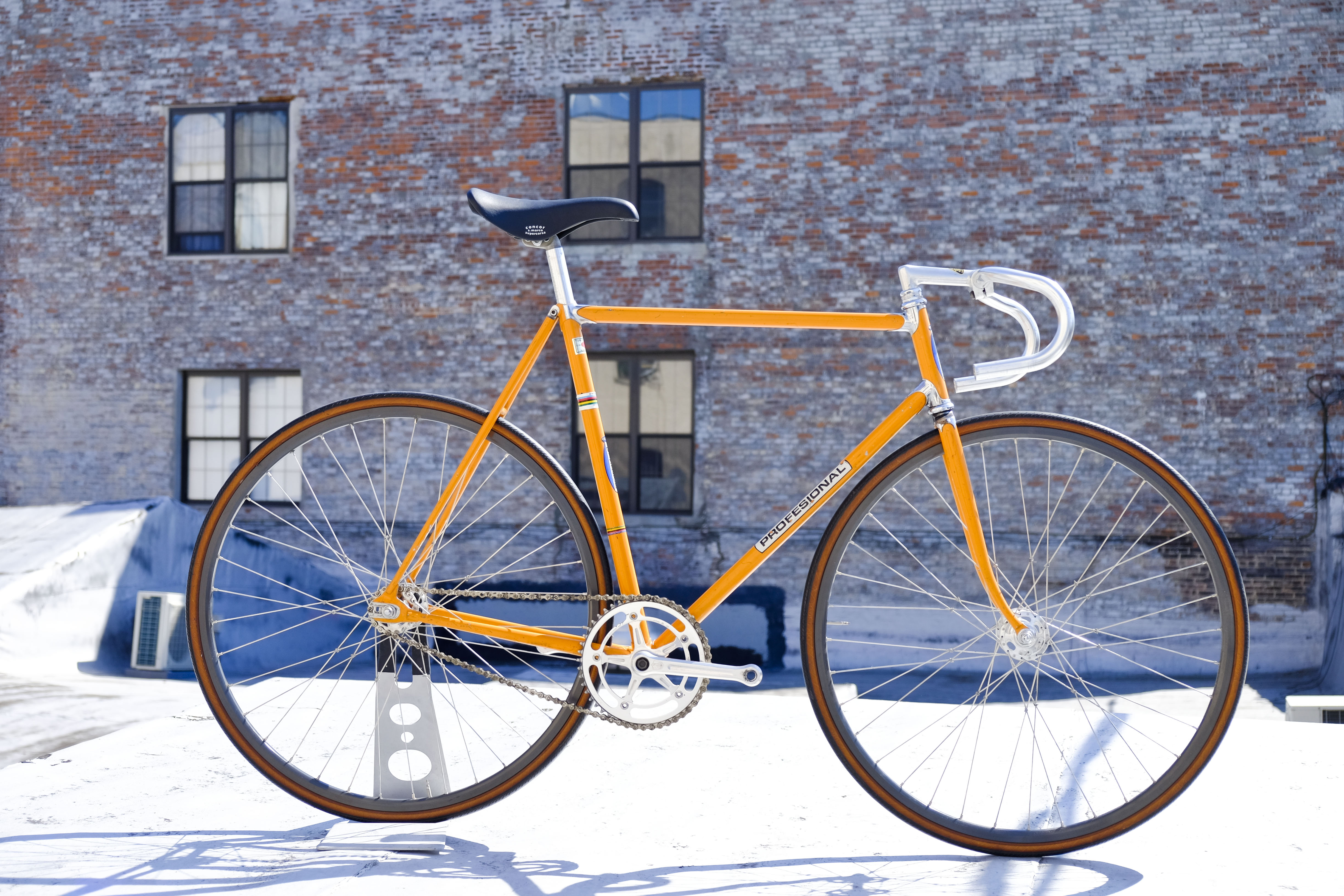 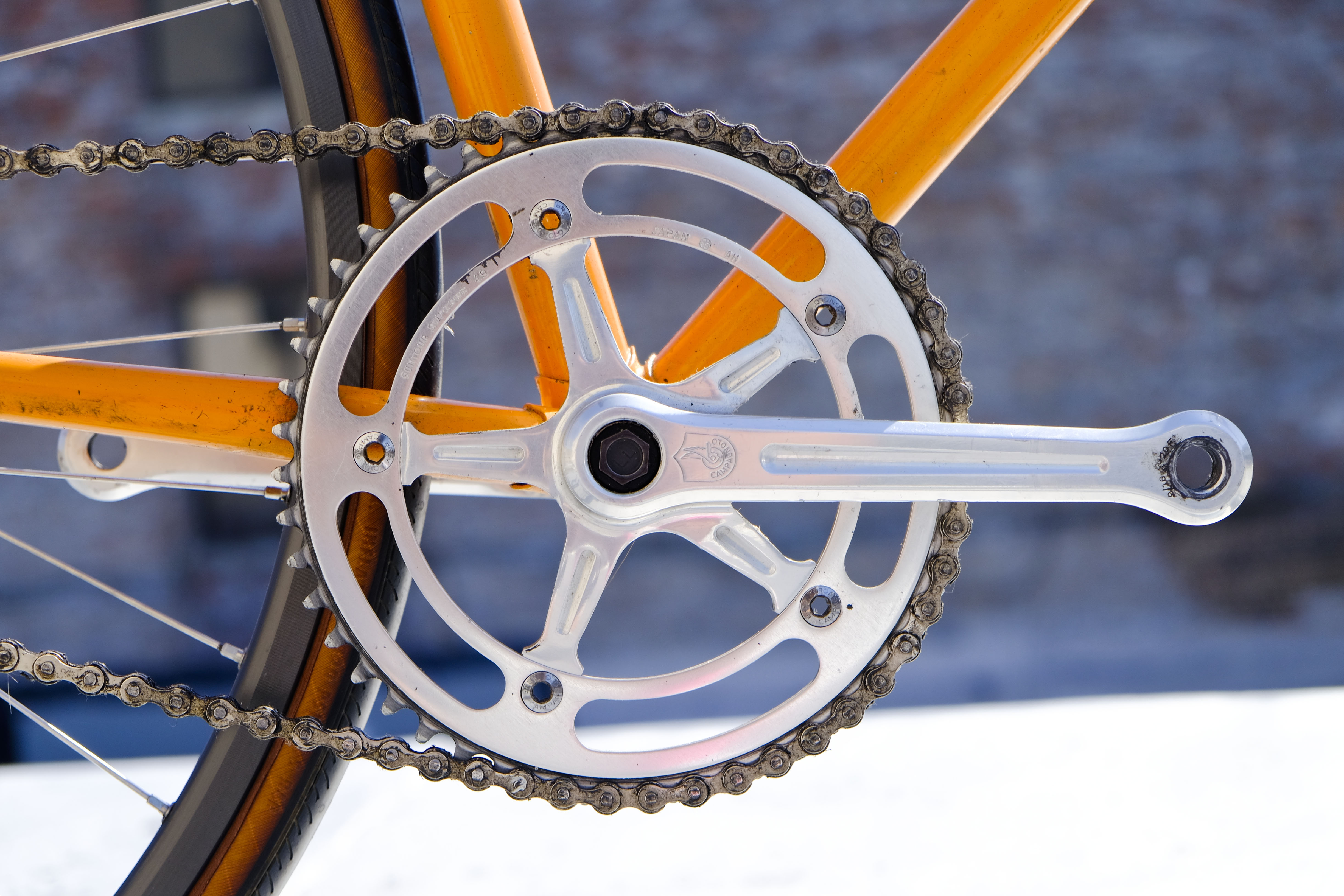 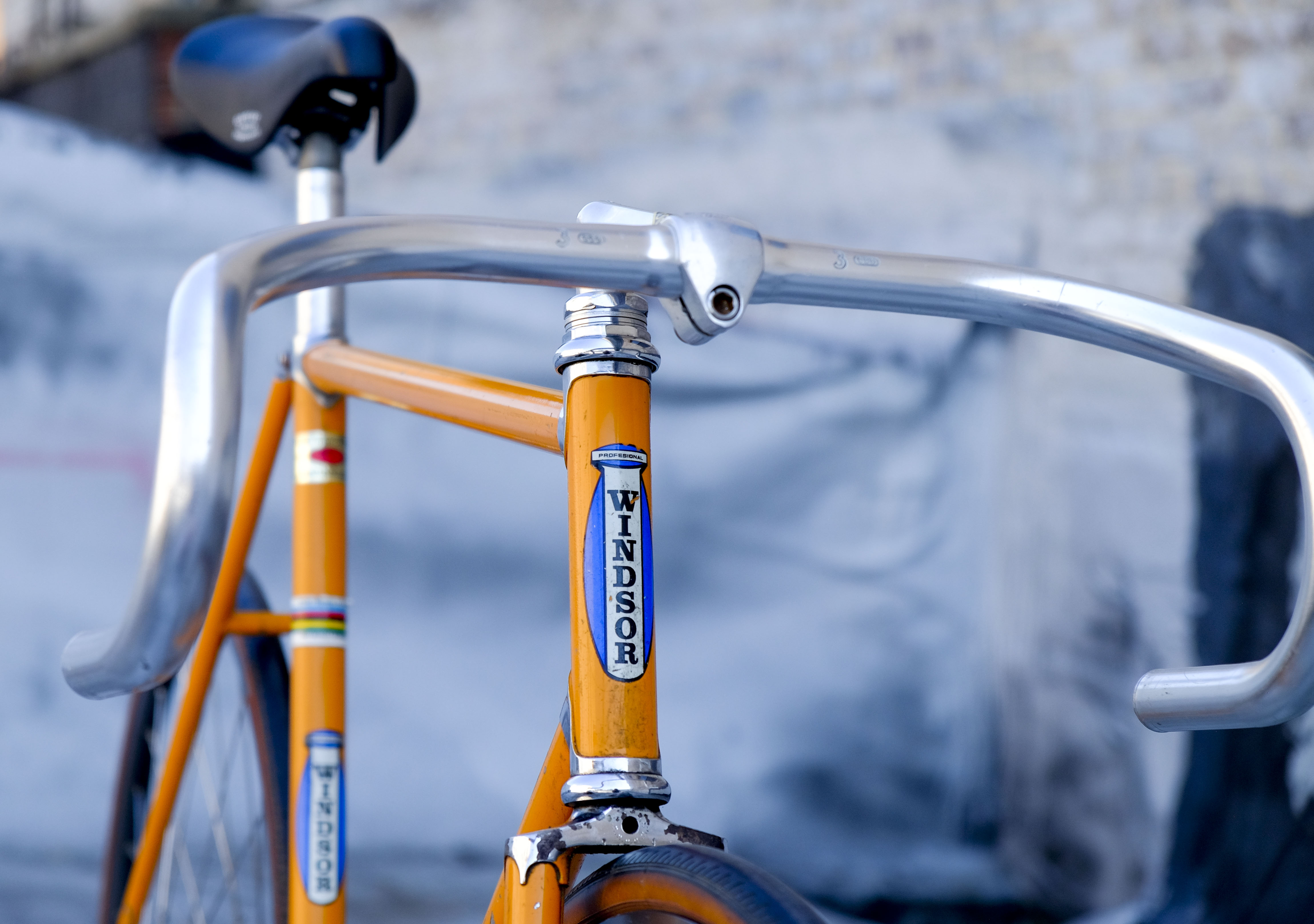 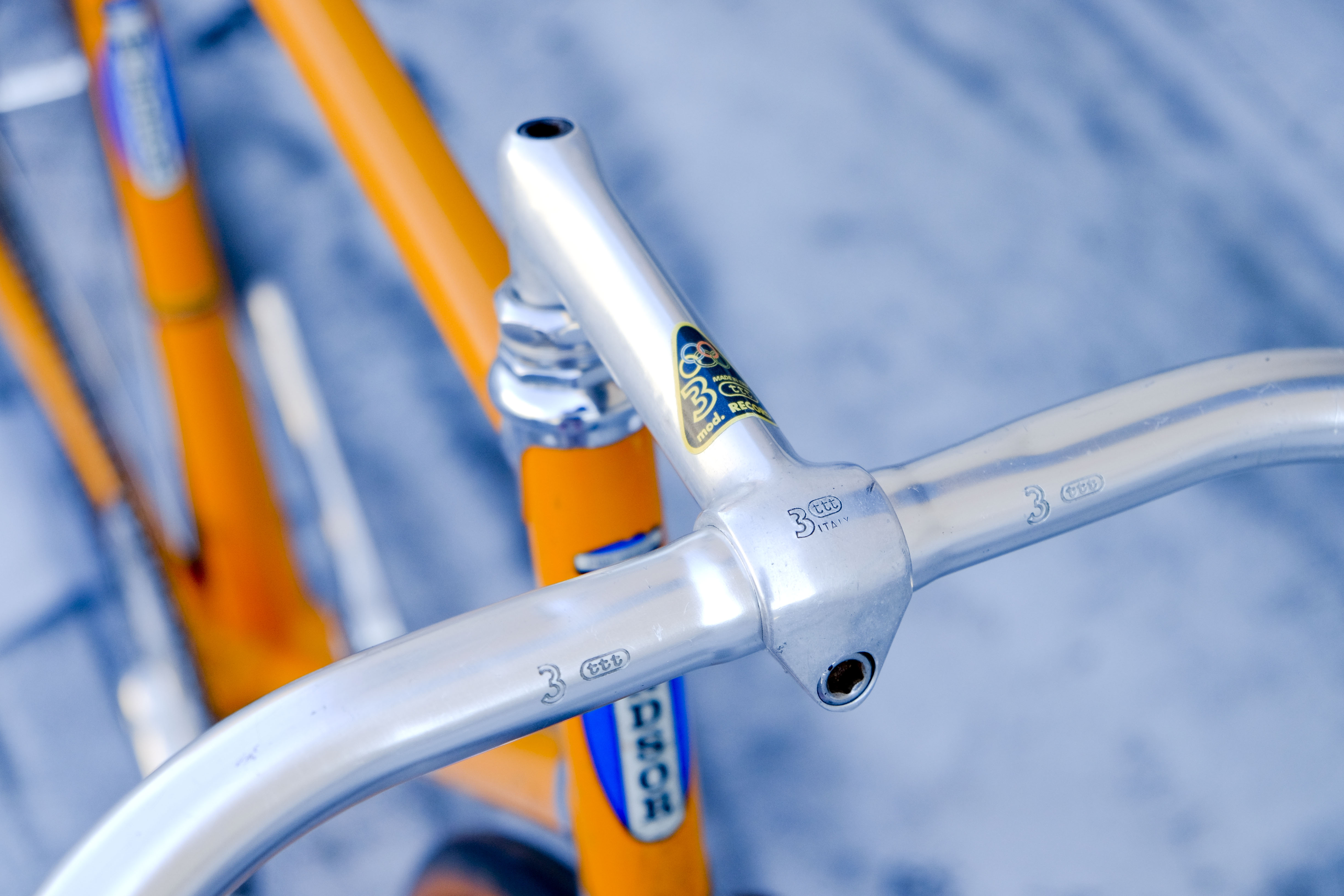 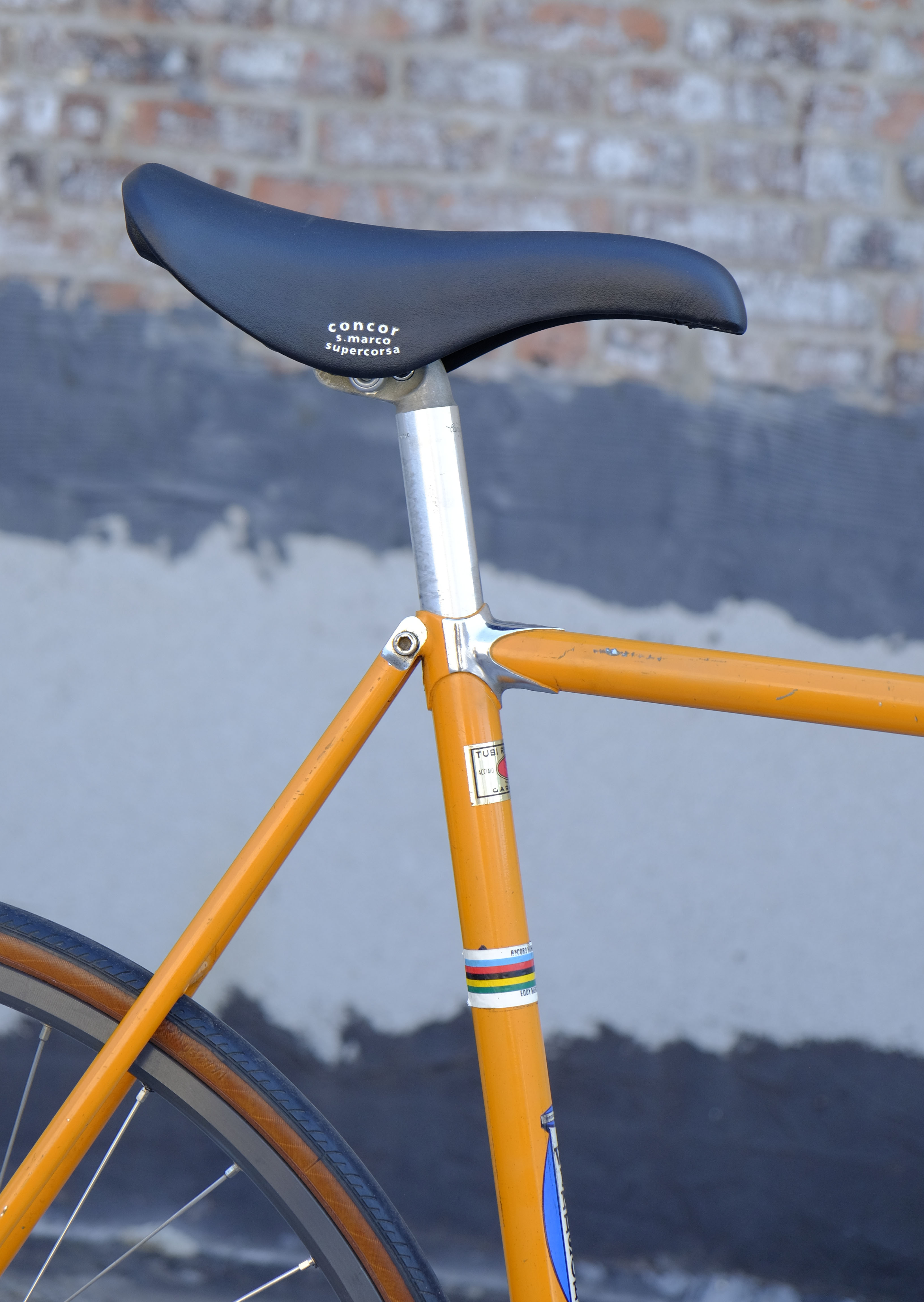 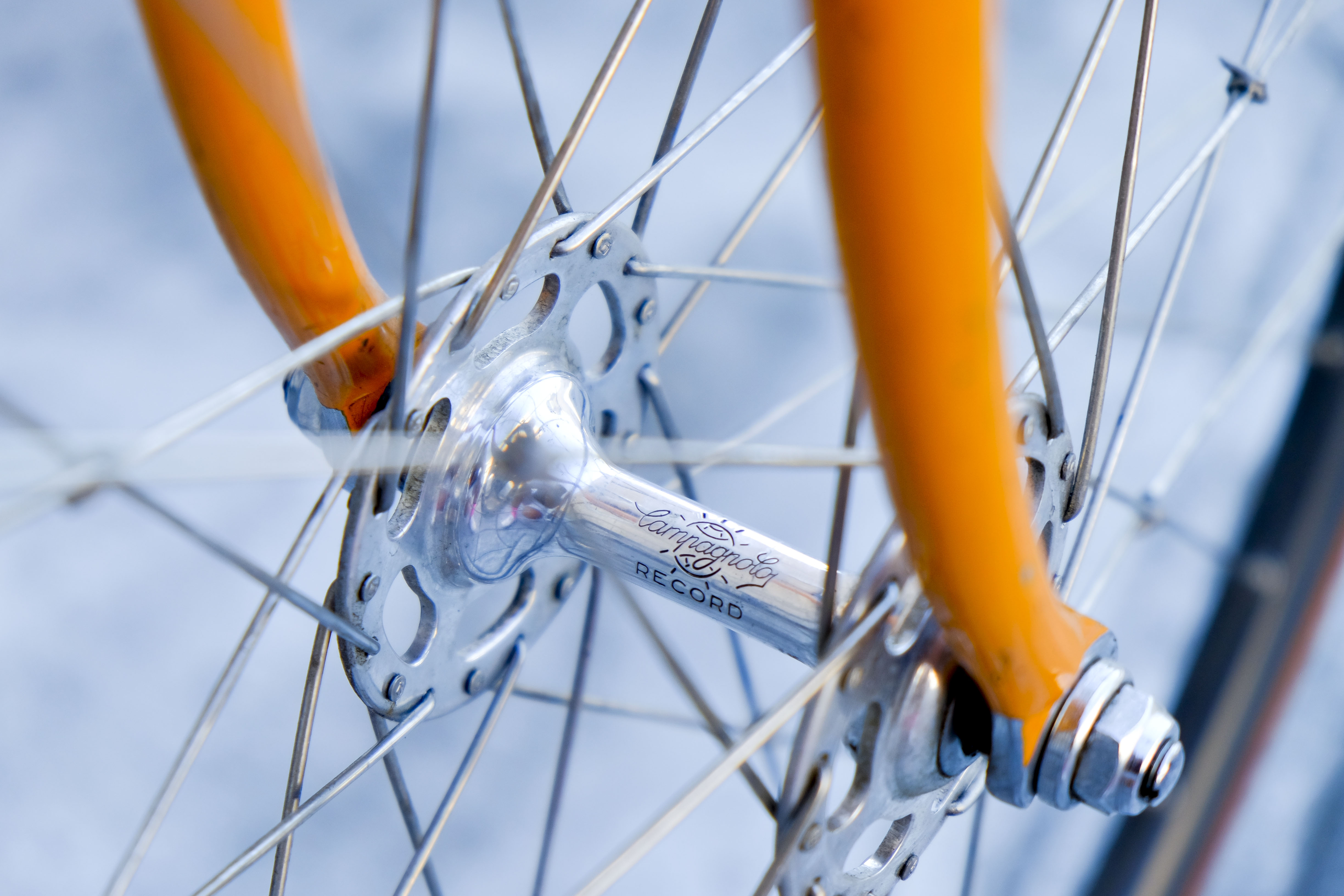 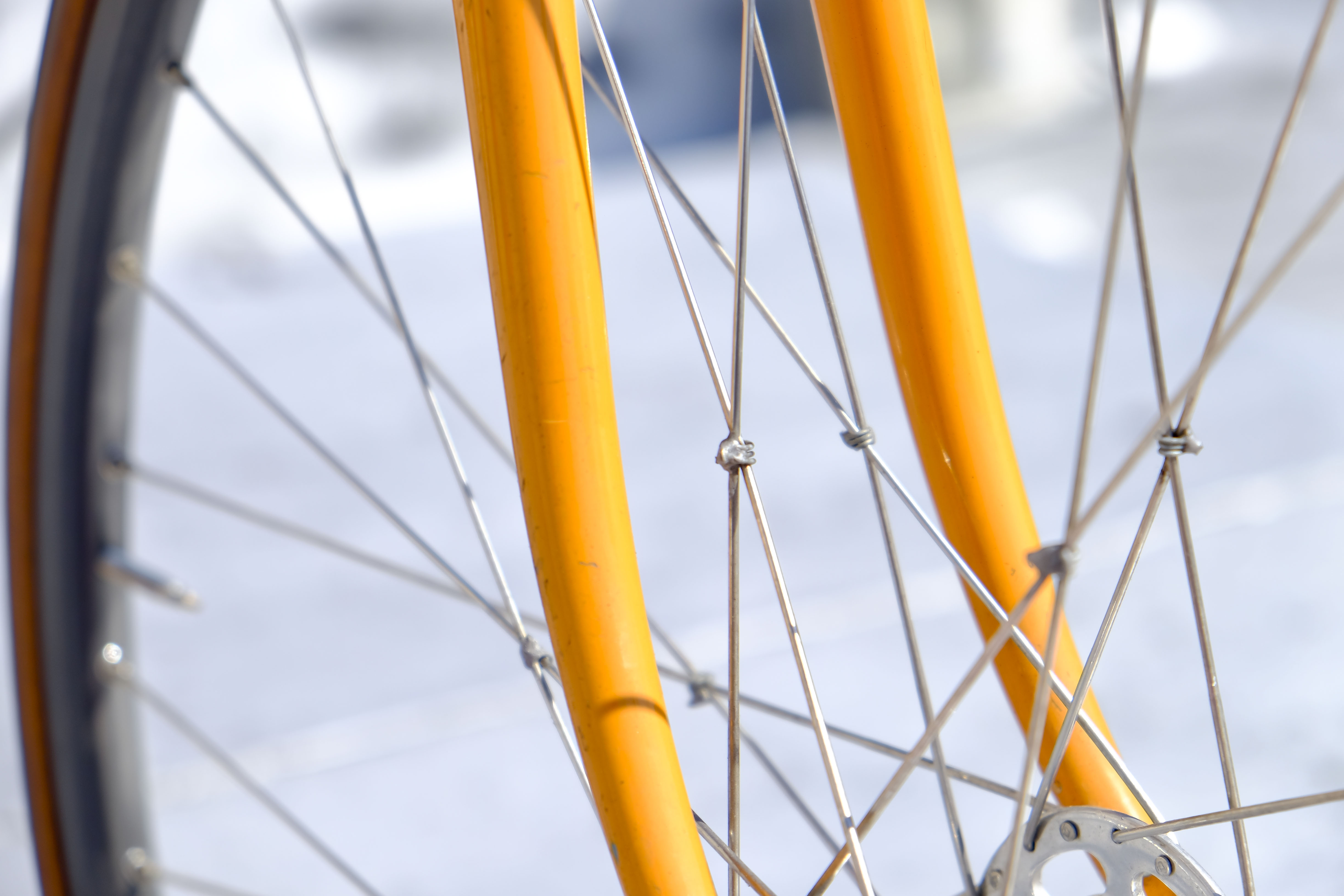 This is the Windsor ‘Professtional’ Track bike, they were manufactured in Mexico. This is an copy of Eddy Merckx’s Colnago that was used to brake the 1 hour record in Mexico in 1972. The ‘Professional’ was build up with Campagnolo track hubs, Campagnolo cranks, 3ttt competition cockpit. 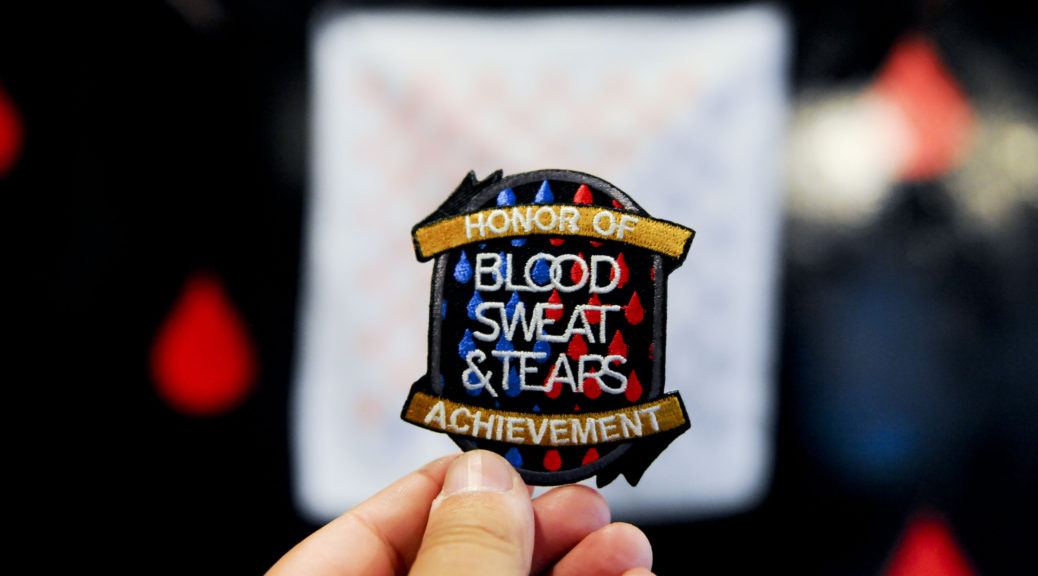 2015 and was created in response to a void in the

cycling industry. RZ Design specialized in graphic design, brand creation, and production management.
Blood Sweat & Tears was inspire by after the cold and long winter months and the warmer weather approaching meaning people are trying to get back into shape for racing, pushing themselves to new destination or even just going out there to find new roads.
Blood Sweat & Tears is here to join you on your journey towards your goals and we would like to hear your stories in the upcoming season.